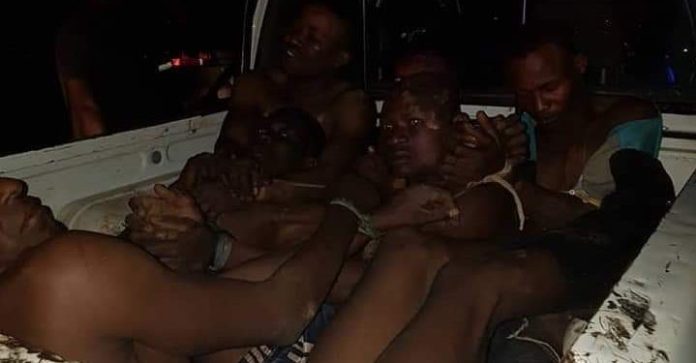 No fewer than 37 suspected bandits have been arrested by the Ebonyi State branch of the Ebube Agu South-East security outfit in the state.

It was gathered that the suspects were arrested in Agubia community in Ikwo Local Government Area of the State on Monday around 1:30pm in their hideouts while allegedly planning some attacks on public facilities.

“From what I gathered, these people have been unleashing serious mayhem in the state. I am sure those are the people who have been burning INEC offices in the state.

They were in their hideout where they were meeting, in the early hours of today, when the Ebube-Agu Agu people swopped on them,” a community source told our Correspondent.

He added that the suspects were arrested right where they were plotting to carry out attacks on INEC offices, on Monday.

Emegha explained that some of the suspects came into the Ebonyi State from other states.

The Commissioner said criminal activities had reduced drastically in the state since the establishment of Ebube-Agu, adding that the arrested suspects had been handed over to the police.