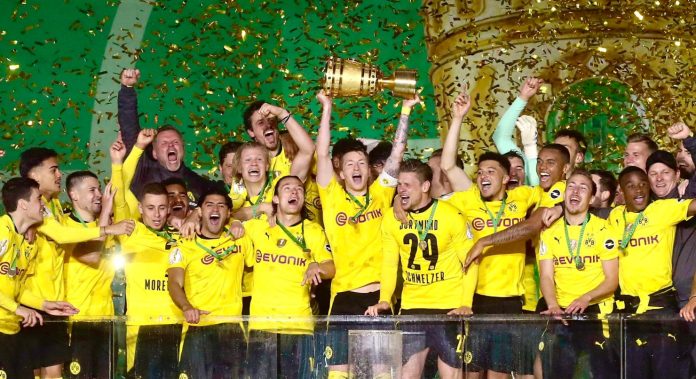 Dortmund put up a fine performance on Thursday night to beat RB Leipzig in the 2020-21 German Cup final.

Jadon Sancho and Erling Braut Haaland each scored twice to help their side clinch a 4-1 victory over Leipzig.

Sancho curled in the opener in the fifth minute and tapped in a third before the break.

Haaland scored the second goal and rounded off the scoring late on after Dani Olmo had scored a consolation for Leipzig.

Manager Julian Nagelsmann, who is taking charge of Bayern Munich next season, had been hoping to sign off with his and Leipzig’s first piece of major silverware, but failed.