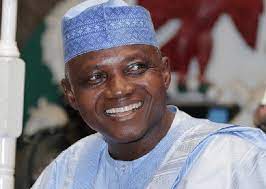 Speaking on Tuesday when he featured on Politics Today, a Channels Television programme, Shehu said the president has maintained a relationship with his doctors in the UK for over 30 years.

On Monday, Femi Adesina, special adviser to the president on media and publicity, had said Buhari will leave the country on Tuesday for a “routine” medical trip to London.

Buhari is expected back in the country in the second week of April.

This is not the first time the president will embark on a medical trip, since he assumed office in 2015.

In 2017, the president spent over 150 days in the UK, treating an undisclosed ailment, while in May 2018, he returned to the UK for four days to see his doctor.

The recent medical trip of the president has been received with varied reactions, especially considering the decision of the National Association of Resident Doctors to begin a strike action from Thursday.

Speaking on the development, Shehu said the decision of the president to embark on the medical trip is “wise and quite correct”, adding that it doesn’t speak well for Buhari to change his doctors every year because of distance.

“I think that, unfortunately, there is the misconception of the president’s trip, seen in the context of medical tourism,” he said.

“President Buhari is not a medical tourist — if somebody has kept retainership with medical experts; we are talking about 30 years and plus.

“Each year, they view you and examine you and give you a pass and advise you on what to do. Would you, given this position, be changing your doctors every other year, because there is a chance the distance will be shortened?

“I think the president is wise and quite correct in his decision that he retains consistently the set of doctors who have ensured good health for himself.”

He added that the president is “taking advantage of the Easter season to just go and check up”.