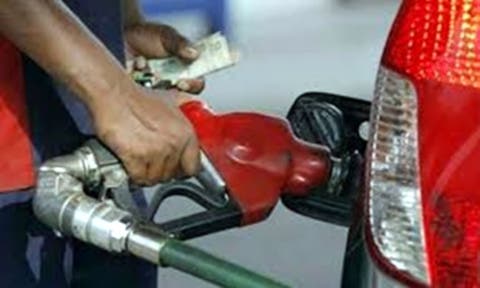 THE Nigerian National Petroleum Corporation (NNPC), on Thursday, said looking at the current market situation, the actual price of petrol could have been anywhere between N211 to around N234 per litre, as it said it may no longer be able to pay between N100 and N120 billion a month to keep the pump price at the current level.

Group Managing Director (GMD) of the NNPC, Mele Kyari, gave the indication at the weekly presidential ministerial media briefing featuring the Minister of State for Petroleum Resources, Timipre Sylva, at the Presidential Villa, Abuja, on Thursday.

He said the product is currently being sold below the cost of importation, causing the NNPC to pay the difference.

While refraining from calling the payment a subsidy regime, Kyari said the NNPC pays between N100 and N120 billion a month to keep the pump price at the current levels, adding that the corporation could no longer bear the cost as market forces must be allowed to determine the pump price of petrol in the country.

The GMD said: “Today, NNPC is the sole importer of PMS, we are importing at market price and we are selling at N162 per litre today. Looking at the current market situation, the actual price could have been anywhere between N211 to around N234 per litre.

“The meaning of this is that consumers are not paying the full value of the PMS that we are consuming but someone is bearing that cost.

“As we speak today, the difference is being carried on the books of the NNPC and I can confirm to you that the NNPC may no longer be in the position to carry that burden because we can no longer afford to carry it on our books.

“I will not say we are in subsidy regime but we are in a situation where we are trying to exit this under-price sale of PMS until we come in terms of the full value of the product in the market.

“PMS sells across our borders anywhere around N300 per litre and in some places, up to N500 to N550. Our current consumption is evacuation from the depots about 60 million litres per day, we are selling at N162 to the litre, and the current market price is around N234, the actual market price today.

“So, the difference between the two, multiplied by 60 million by 30. I don’t have the number now, this is a simple arithmetic that we can do but if you want exact figures from our books, I do not have it at this moment but it is anywhere between N100 billion and up to N120 billion per month.”

Kyari added that with full deregulation, oil marketers will begin to import PMS, thereby taking the burden off NNPC and bringing Direct Sale-Direct Purchase (DSDP) programme to an end.

He added: “Upon the full implementation of the deregulation, we expect that all oil marketing companies to commence import, even now, so that that burden of import will be taken away from the NNPC or even the supply when local refinery is made available so that NNPC will not be sole supplier of PMS in this market.

“So, once this situation arises, you are sure that the DSDP programme will automatically vanish, because you will have no further need for it because market forces will now determine the import and export.

Answering questions on the two agreements between Nigeria and Niger Republic for the importation of petrol from the neighbouring country to Nigeria, Sylva said it is a way to boost trade between the two countries. Nigeria and Niger had, in July 2018, agreed to build a pipeline to bring crude oil from Niger to the proposed Katsina refinery. The agreement was followed In 2020 by another one signed between the two countries on petroleum products transportation and storage. Sylva said Nigeria wants to legalise the thriving illegal petroleum products sale already going on between the countries, adding that it also needs to share its experience in the oil exploration sector with neighbouring countries.

He said: “You know that Niger is a smaller country and Nigeria is more experienced in oil exploration than most countries in Africa. You find out that most of these countries have these constraints.

“Although we have this agreement with Niger, but they have a constraint on how to deliver on it to this country because of the contract they have with the Chinese. So, if we realise that they have constraints, we can change.

“The whole idea is that Niger has 20,000 barrels per day (bpd), which is even bigger than its consumption.

“There is already illegal trading going on between Nigeria and Niger. So, what we want to do is to see how we can legalise it. We want to begin to create a business with our neighbours. This is what the Economic Community of West African States (ECOWAS) and the African Union (AU) are trying to encourage. That is inter-regional trade and begin to trade among ourselves.”

Sylva also said the processing of award marginal oil field licences have been completed and the 161 winning bids have been notified. He revealed that 50 per cent of them have paid the signature bonuses.