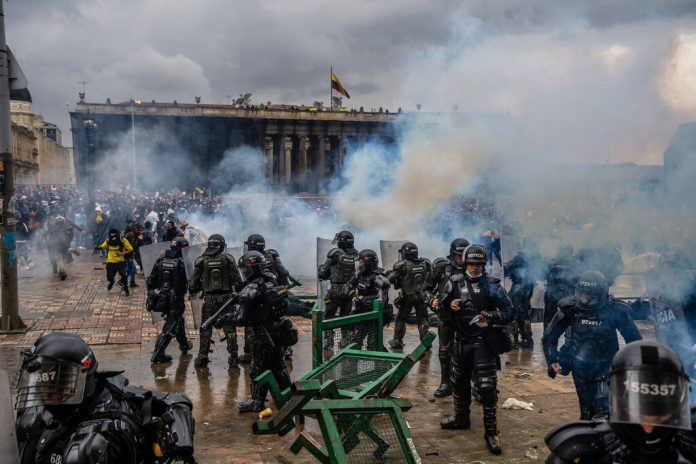 The demonstrations over a proposed tax overhaul tied to the pandemic have morphed into a national outcry over rising poverty, unemployment and inequality.

The dead include a ninth grader who went out to protest with his brother; an artist shot in the head as cameras rolled; and a teenager whose mother’s anguished cries of grief — “son, I want to be with you!” — have been shared thousands of times online.

At least 19 people were killed and hundreds more injured during days of protests across Colombia, in which tens of thousands of people have taken to the streets to demonstrate against a tax overhaul meant to fill a pandemic-related fiscal hole.

On Sunday, President Iván Duque announced that he would withdraw the current proposal, and instead seek a new plan, this time borne out of consensus. “The reform is not a whim,” he said, “the reform is a necessity.”

Police reported making more than 400 arrests nationwide. They also said that across the country 20 public transport buses had been set alight by protesters, 59 businesses had been looted and more than 250 had been vandalised.