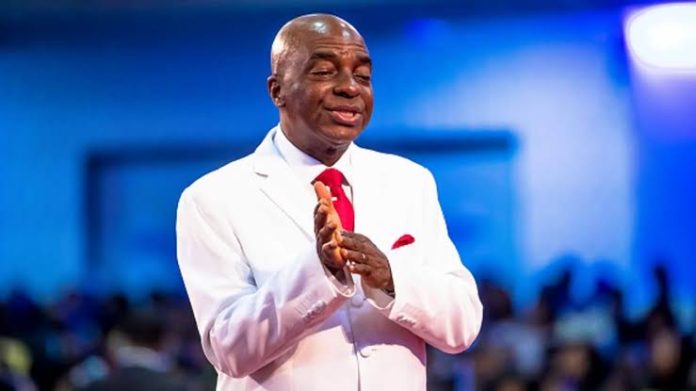 Bishop David Oyedepo, founder of the Living Faith Church, aka Winners Chapel, has added his voice to the raging hijab controversy in Kwara State by asking Muslims in the state to leave Christian missionary schools and look for schools that would allow their children to wear the hijab.

Oyedepo who made the comments at a midweek service in his church in Ota, Ogun State, on Wednesday, told the Muslims in Kwara that they risk the wrath of God if they insist on their wards wearing hijab to schools run my Christians.

The cleric said the controversy was a nasty development and urged the state government to return the affected schools to their missionary owners inthe interest of peace.

”It is such a nasty development in Kwara State where Muslims are asking their students in our schools to wear hijab, and the church said no.

”You know the reason why, we have never showed the world the other side of God. God is not a toy, let us show them the consuming fire part of God. They need to know.

”Leave the schools for the owners, go to your schools. Is there any fight? Stop putting fingers in the eyes of others, the world should be warned against the church. The church is a time bomb.

”When God turns his back on anyone or any system, that system is cursed. My advice is leave the schools for the owners, find your schools. Men and women can wear hijab there. Stop putting your fingers in the eyes of others when they are not blind,” Oyedepo stated