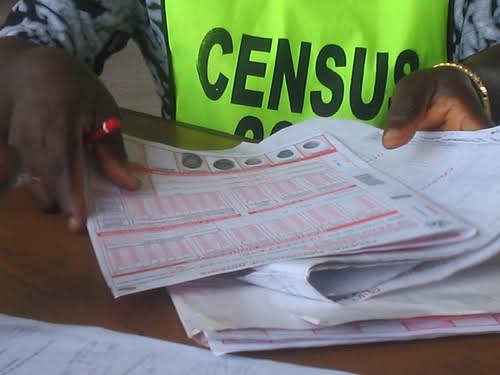 By Azuka Onwuka
Over the weekend, the Chairman of the National Population Commission, Nasir Isa Kwarra, briefed the press about the 2023 census after his meeting with the President, Major General Muhammadu Buhari (retd.), at the Aso Rock Villa, Abuja. He restated that the 2023 National Population and Housing Census would hold from March 29 to April 1.

He assured the nation that this year’s census would be different from past ones marred by controversies. He insisted that there would be no room for any manipulation of the 2023 population census, given the level of technology that would be deployed by the commission.

“This census is going to be different from past censuses,” Kwarra said. “The theory and practice are essentially the same, but we’re using high-end technology to conduct this census and it’s such that nobody can tamper with any figure. Nobody will be counted more than once,” he added.

However, there is an aspect of the census that the NPC has not said anything about. It is an aspect even the 1999 Constitution promotes. The 1999 Constitution and all official registration documents emphasise that Nigerians should be identified by their state of origin and their local government of origin. These are used in admitting children into government schools and universities, recruiting people into government establishments, and in appointing people into political and public offices.

Ours is a nation that loves injustice, inequality, oppression, and suppression. Whatever favours us or our people is right, no matter how unfair it is to others. We will go to great lengths to justify and rationalise it. The strong oppress the weak; the rich oppress the poor; the majorities oppress the minorities. Even the well-read and well-travelled, as well as the seemingly religious, all justify such acts of injustice loudly or by deafening silence. The only policy most of us support is that which favours ‘our people’, no matter how unfair it is to other people.

That was the genesis of “state of origin” in all the Federal Government forms filled by citizens, except in the national census form. Because it was discovered that if appointments were done based on merit (that is, through success in examination and performance), some parts of Nigeria would have the upper hand in federal institutions. The Federal Character Commission was created in 1954 to ensure that there is a balance. On the surface, it is a good idea. Even the United States of America has the Affirmative Action policy which ensures that under-represented groups like Blacks and women get some ‘unfair advantage’ in employment, education, and business, to compensate for the years of disadvantage and discrimination.

However, in Nigeria justice is not blind: she pulls down her blindfold regularly to study things. Let’s look at this example. The population of states was allegedly used to determine the number of local government areas each state got. The population of states as well as the number of local government areas is used to determine the amount of money each state receives every month in terms of federal allocation. For this reason, state governors spend some good money on publicity, urging the settlers not to return to their state of origin during census. So those who are ‘indigenes’ and those who are ‘settlers’ help to determine the amount of money a state receives by the fact of its population.

During elections too, the indigenes and settlers also determine those who get elected into offices. State governors also mount campaigns for people not to return to their state of origin during voter registration and election.

However, that is where that campaign ends. The state of origin is used in every form to remind the settler that he does not fully belong to his state of residence, even if he was born there.
However, when it comes to having ‘state of origin’ in the census form, it becomes a crime because it does not favour the ethnic majorities and states with large population of non-indigenes.
The settler is good to be used to get high population figures and high federal allocation as well as electoral victories, but is not good to get his full rights as a Nigerian. What a pity!

Why has the “state of origin” never been part of our census forms? Simple. It will help the settler population in every state to know their strength and maybe demand their rights. This is a threat to many states in Nigerians where the settler population is high. Secondly, it will help us to have a fair idea of the population of the different ethnic groups in Nigeria, instead of the unverifiable figures that we bandy around to suit our political and ethnic interests. Therefore, what is the crime of knowing how many Ijaws or Igbos or Tivs or Yorubas or Kanuris or Hausas we have in Nigeria? How will that knowledge harm our nation? If you ask an American, she will tell you how many Nigerian-Americans or Indian-Americans or African-Americans there are in the United States. During the last election in the US, Joe Biden and Donald Trump knew which community had a majority of White voters, or Black voters, or Hispanic voters, or middle-class Whites, and so on. They were not guessing or bandying figures around. They had actual statistics. Who is afraid of us knowing our true demographics? What is the person afraid of?

We rejoice when a minority like a Barack Obama wins the American presidency, but we do everything possible to ensure that someone from the minorities does not win the Nigerian presidency or that a settler does not win an election in his state of residence.

The head of NPC should be a man of action, not words. He should not waste Nigeria’s time and resources by giving us a census that will end in controversies. He must be a person that will make us have real figures that can be quoted. When planning an advertising campaign for Lagos, I should be able to say with certainty that there are a million Hausa people in Lagos State that are of XYZ age, and that if I produce a commercial in Hausa language and run it on a TV station in Lagos, I should be able to reach XYZ number of people. If I want to know the population of indigenes of Mkpat Enin LGA of Akwa Ibom resident in Niger State, I should get it without breaking a sweat. We should stop engaging in voodoo demographics as if we are native doctors that shroud their practices in mystery. Only those who love deceit love secrecy. And only the unjust love oppression.