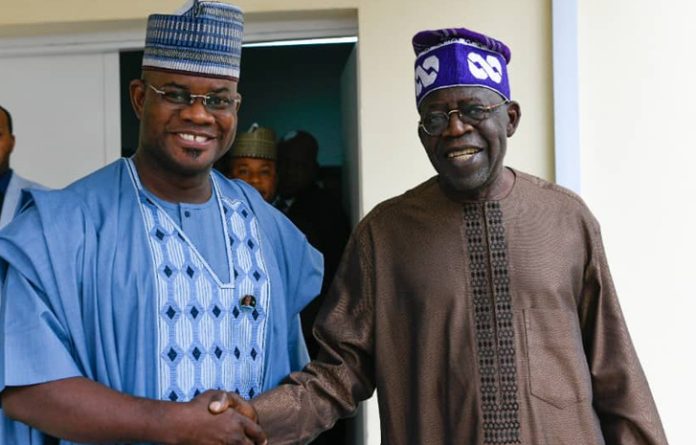 The Governor of Kogi State, Alhaji Yahaya Bello, has debunked reports that he dumped the campaign train of the presidential candidate of the All Progressives Congress, Bola Tinubu.

Bello, in a post via his verified Facebook page on Sunday, said his unwavering support for Tinubu and his running mate, Kashim Shettima, in the 2023 presidential election remained undiluted.

Reports in some media outlets claimed that the Kogi governor may have dumped the Tinubu campaign.

The report said the National Youth Coordinator of the Tinubu-Shettima Presidential Campaign Council’s action could have been informed by the permutations in the North-Central state ahead of November governorship election.

The rumour is also coming barely 24 hours after a key player in the Tinubu-Shettima campaign dumped the APC.

Naja’atu Muhammad, who was the director in the presidential campaign team of Tinubu resigned from the position on Saturday.

Naja’atu was the Director of Civil Society in the Presidential Campaign Council of the ruling APC.

Sixty-seven-year-old Naja’atu’s resignation came one month to the presidential election.

Her resignation letter was directed to the APC National Chairman, Abdullahi Adamu, in which she also decried the state of the nation, and said she would rather be involved in salvaging the country than continue in party politics.