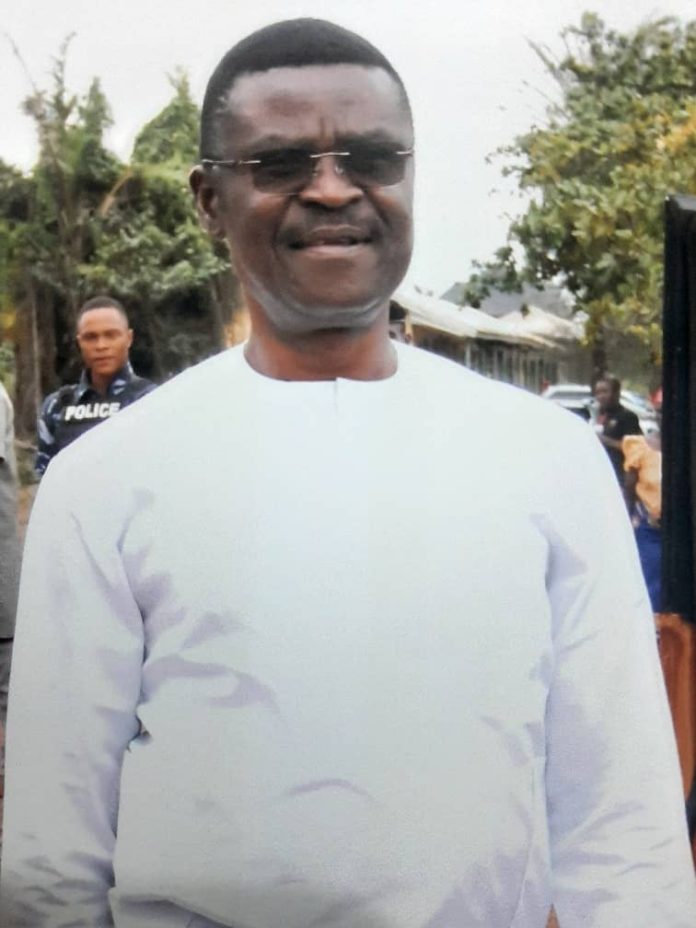 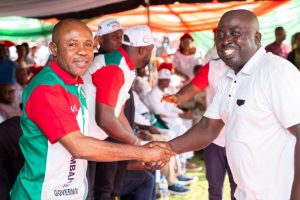 This call was made by Hon. Barr. Emeka Okeke, former Enugu state Commissioner for Labour & Productivity and one of the political leaders/stakeholders of the communities in the area, who spoke, Thursday, 19/01/23 at Akpasha, Akegbe Ugwu, when the PDP governorship candidate, Dr Peter Mba, visited the Awkunanaw Development Area in continuation of his ongoing Town Hall meeting with the electorates in the 68 Development Areas across Enugu state.

These, he continued, are communities lying less than a kilometre, south of Enugu Capital Territory. He stated that Akpugo clan in Nkanu West Local Government Area, Owo (the PDP governorship candidate’s community and three other communities of Amechi Idodo, Oruku and Umuode, all in Nkanu East Council Area, by geographical contiguity, should be part of Enugu Capital Territory.

Speaking further, Barr. Okeke stressed that there are 52 polling units in the Development Area and that Awkunanaw people, having taken ownership of Dr. Mba’s governorship project, would ensure that all registered voters in each polling unit turn out on the voting days of 25/02/23 and 11/03/23 to cast their votes for Dr. Mba and other PDP candidates.

Earlier in his speech, Barr. Okeke had commended Dr Mba’s initiative in instituting the very tasking, prior to election, state-wide,Town Hall Meeting, the first of its kind in the politics of Enugu state, the revolutionary idea of meeting millions of electorates across the 68 Development Areas in the state, through the instrumentality of which he is feeling, firsthand, the pulse of Ndi Enugu, as they present their charter of demands to him.

This, Barr. Okeke continued, among other political considerations, has placed Dr. Mba in a pole position in the 2023 governorship race of Enugu State as it shows his commitment to the serious issues of governance and the welfare of the people.

Also in attendance was Chief Augustine Nnamani, State PDP Chairman, who commended the stakeholders and leaders of the different communities for turning out their people in their thousands for the townhall meeting.

Responding, Dr. Mba thanked thousands of PDP supporters in attendance at the meeting for their show of support in taking ownership of the Mba/Osai governorship project, emphasising that, if voted into office, he will bring unprecedented development and equal socio-economic opportunities to Ndi Enugu.

He reiterated that he would work on the solid foundation laid by Governor Ugwuanyi to tackle insecurity, unemployment, youth restiveness as he plans to look inward and tap on the dormant assets and resources in the state.

He further emphasised that he will grow the economy of state sevenfold from 4.4 billion USD to 30 billion USD.