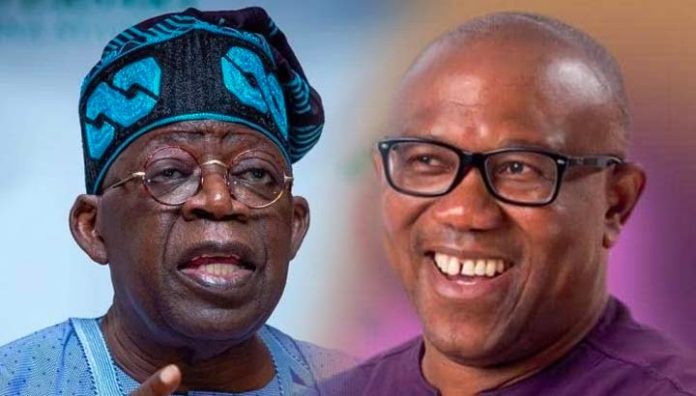 The North-West Zonal Chairman of All Progressives Congress, Salihu Lukman, says it is absurd for anyone to believe he has abandoned his party to work for the candidacy of the Labour Party presidential candidate, Peter Obi.

This was disclosed in a statement titled ‘Fallacious Politics of 2023’ and issued on Sunday in Abuja by his media handler.

The development is coming barely 24 hours after a Director in the Tinubu-Shettima presidential campaign council, Naja’atu Muhammad, quit the team and the ruling party.

Until she left, 67-year-old Mohammed was the Director of Civil Society directorate of the PCC.

Her resignation was said to have caused a stir in the camp of the APC.

But Lukman, a member of the APC National Working Committee, debunked leaving the party nor supporting the opposition camp as being speculated.

He said, “A close friend and comrade recently asked me if I am Obedient, suggesting that I am supporting Mr. Peter Obi. To say the least, I was very dismayed that anyone could imagine I would support any candidate other than Asiwaju Bola Tinubu.

“I may excuse any person if he is meeting me for the first time. Having come a long way both as activist and learner of politics since my student days in the 1980s, our commitment to politics and the development of Nigeria was informed by a clear vision to build a society founded on equality and justice.

Related News
Obi not known in Zamfara, Gombe, others – Ex-A’Ibom deputy gov
More elder statesmen will endorse Obi, LP boasts
Ekpa threatens Obi supporters, Ohanaeze sues for peace
“Partly because scholarship is very poor today in Nigeria, there are many so-called Obidient supporters who promote outright falsehood and politics of hate against other candidates and their supporters. This is unfortunately self-defeatist.

“As a member of the APC, I want to campaign for all our candidates while at the same time respect our opposition. People are free to make their choices and we should respect that. Once the element of respect is removed from politics of choices of candidates, then democracy risks being downgraded to the level of anarchy. The temptation to indulge in politics of disrespect could be linked to the apparent lack of confidence of winning the election.

“With reference to the so-called Obidients, as much as we respect their choice, we also must appeal to them to honestly recognise the shortcomings of Obi as a politician and the Labour Party as a political party. Recognising these shortcomings will be important in convincing Nigerians that they are engaging the contest also as a strategy to reform both the person of Obi and the organisation of the LP as a political party. In terms of the person of Obi, so far, his characteristics is that of a typical Nigerian politician who is more of an election merchant presenting himself every four years for election, even if it means changing political party.

“Being an election merchant connote obvious lack of commitment and discipline to be loyal to any political party. This partly explains why Obi moved from All Progressive Grand Alliance to the Peoples Democratic Party and now the LP between 2015 and now. What is the guarantee that his candidature of the LP also bears a commitment to develop the party and get it to overcome all its challenges. Noting that it is a public knowledge that the LP has been embroiled in leadership crisis, how is Obi using his campaign to negotiate the resolution of the LP crisis? From a distant point of view, Obi is in fact indifferent to the crisis facing the LP.

“Out of all the leading candidates, the only one that has never left his party to any party is Tinubu. He is the only one that has been a national political leader since he left office as the Governor of Lagos State in 2007 that is presenting himself for the first time as a presidential candidate for the 2023 elections. In addition, he is the only contestant who together with other leaders of the APC envisioned the political roadmap for the defeat of the PDP.

“Many of us in the APC are supporting Asiwaju as part of our ongoing campaign to continue to build the APC as a progressive party, capable of producing accountable elected representatives at all levels. We do so with full confidence that Asiwaju will build on the legacy of the President, Major General Muhammadu Buhari( retd.), which also includes respecting internal debate and contestation within the APC. The APC is the only party today in Nigeria that permits internal debate and contestations.”