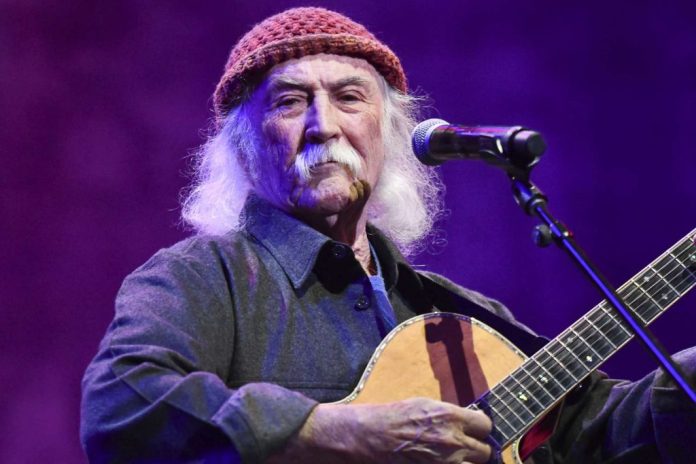 David Crosby, the trailblazing singer-songwriter whose time with The Byrds and later Crosby, Stills, Nash and Young expanded rock’s range, has died, his publicist said Thursday. He was 81.

Citing a family member, his publicist confirmed the death to AFP but did not provide a cause. The singer’s wife Jan Dance had earlier told entertainment outlet Variety that Crosby passed following a long illness.“Although he is no longer here with us, his humanity and kind soul will continue to guide and inspire us. His legacy will continue to live on through his legendary music,” read his wife’s statement.

“Peace, love, and harmony to all who knew David and those he touched. We will miss him dearly.”

The two-time Rock and Roll Hall of Famer — known as much for his alternative guitar tunings, lush harmonies and abstract lyrics as for his pacifist activism, brutal honesty and living dangerously – remained a prolific artist throughout his life.

Over the course of six decades in the music industry, the vocalist, guitarist and composer at the forefront of countercultural rock penned a rich array of heartfelt ballads and knife-edged bangers.

Tributes quickly poured in honoring the beloved musician with a signature walrus mustache.

“I don’t know what to say other than I’m heartbroken to hear about David Crosby,” tweeted Brian Wilson, co-founder of the Beach Boys.

“David was an unbelievable talent — such a great singer and songwriter. And a wonderful person.”

In a statement provided to AFP via a publicist, Stephen Stills said that while he and his former bandmate had their differences over the years — Crosby was notoriously headstrong — “I was happy to be at peace with him.”

“He was without question a giant of a musician, and his harmonic sensibilities were nothing short of genius,” Stills said of Crosby. “The glue that held us together as our vocals soared, like Icarus, towards the sun.”

“I am deeply saddened at his passing and shall miss him beyond measure.”