The Peoples Democratic Party(PDP) faces a major legal uphill ahead of the 2023 General elections following the application of Labour Party to join a suit seeking the disqualification of all PDP candidates in Enugu from participating in the elections.

The suit is seeking an order of perpetual injunction restraining the Independent National Electoral Commission(INEC), the Peoples Democratic Party (PDP) from fielding candidates for all positions available, including governorship, senatorial, house of Representatives and House of Assembly in the state during the 2023 General Elections.

The matter has been slated for hearing on November 24.

Labour party’s Motion for joinder, according to court filings made on its behalf by Messrs Chukwudei Igwe, Emeka Abba, Helen Ugwu, and Oluseyi Adegbejo, was brought pursuant to Order26 Rules 1 & 2, Order 9 rule 14 (2) (b) of the Federal High Court of Nigeria(Civil Procedure) Rules 2019 and averred that as a political party, Labour Party is an interested party in the suit, being a political party with interest in the elections.

Listed as respondents in the suit, No FHC/EN/CS/217/22 are the Independent National Electoral Commission (INEC), the Peoples Democratic Party (PDP), the governorship candidate of the PDP in the 2023 elections in the state, Peter Mbah, Senatorial candidate of the party for Enugu North senatorial district, Governor Ifeanyi Ugwuanyi, all Senatorial, House of Representatives and House of Assembly candidates of the party in the state.

The Labour Party, in the suit, is alleging that PDP violated provisions of the Electoral Act, which prescribes a minimum number of days of notice before conducting the party primaries that produced the candidates that it submitted to INEC ahead of the 2023 elections, and thus should be disqualified from taking part in the elections.

It seeks a declaration that “by the interpretations of the express provisions of Sections 82(5) and 84(13) of the Electoral Act, 2022, the failure of the 2nd defendant to submit the register of members 30 days to the primary election to the 1″ defendant as statutorily required renders the 2nd defendant’s primary election for nomination of the 3rd to 38th Defendants as candidates for Governorship, Senate, House of Representatives and House of Assembly in Enugu State for the 2023 General Election held on 21st, 22nd, 24th and 23 and 25th May 2022 invalid.

Section 82 of the Electoral Act states in part that “Every registered political party shall give the Commission at least 21 days’ notice of any convention, congress, conference or meeting convened for the purpose of “merger” and electing members of its executive committees, other governing bodies or nominating candidates for any of the elective offices specified under this Act.

Failure to comply with this Section, according to the Act, shall render the convention, congress, conference or meeting invalid. Other prayers before the Court by the Plaintiffs include a “declaration that by the interpretation of the express provisions of Section 84 (13) of the Electoral Act, 2022, the 1″defendant is under a duty not to include the 3rd to 38th defendants as Candidates of the 2nd defendant for Governorship, Senate, House of Representatives and House of Assembly in Enugu State for the 2023 General Election 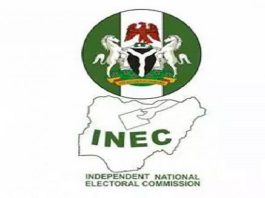 Tinubu condemns BVAS, says INEC yet to assure of its capacity... One of us in the Presidential race is not a Nigerian... 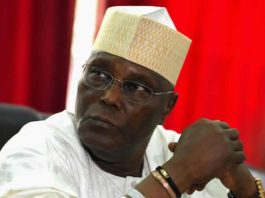 You have no moral justification to criticise Buhari, Lai Mohammed to... 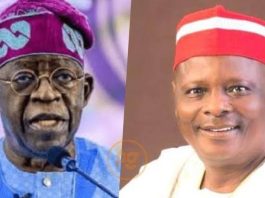 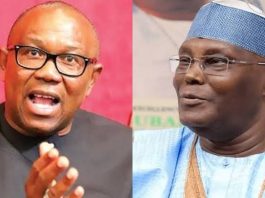