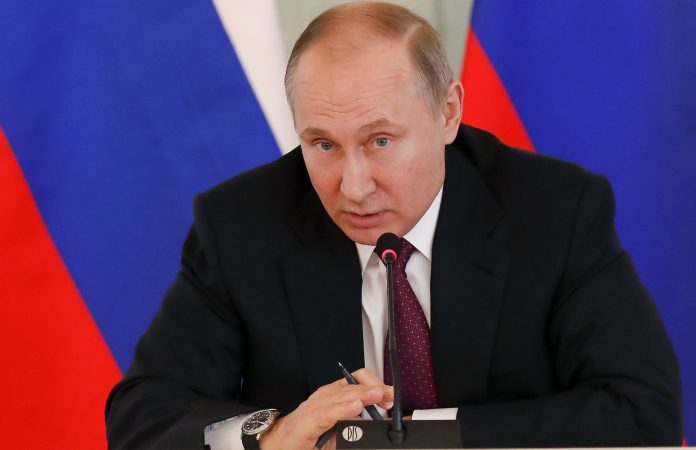 Two people have been killed in Poland after dozens of missiles were launched at targets across Ukraine, unconfirmed reports say.
There has been no official confirmation of what happened close to the country’s border with Ukraine.

Poland’s Bureau of National Security is meeting in an emergency session.

Russia launched one of its biggest barrages of missiles against Ukraine on Tuesday.

The capital Kyiv was among the cities hit, with officials saying at least one person was found dead.

Ukraine’s President Volodymyr Zelensky appeared via videolink, calling for the war to be stopped.

NATO
Asked about tonight’s developments in Poland, a Nato official told the BBC: “We are looking into these reports and closely co-ordinating with our ally Poland.”

Czech
The Czech parliament has passed a motion describing the current Russian administration as “terrorist”.

During the vote, 129 of 156 MPs present in the 200-seat chamber approved the motion, which means several dozen opposition MPs are likely to have voted with the government.

The motion was opposed by all 14 MPs in the far-right SPD party.

The Czech centre-right government is one of Ukraine’s most stalwart supporters, and was among the first to send heavy weapons – including tanks – to the Ukrainian armed forces.

Russia denies any involvement in ‘missile strike on Poland’

Russia has denied statements from Polish media outlets and officials that Russian missiles fell on the Polish village of Przewodó near the Ukrainian border.

The Russian ministry of defence posted on its Telegram, calling the reports “a deliberate provocation in order to escalate the situation”.

“No strikes were made against targets near the Ukrainian-Polish state border by Russian means of destruction,” the statement said.

It said missile fragments from the scene, reportedly filmed by Polish media, did not relate to Russian weapons.

The Polish government has yet to confirm what happened close to its border with Ukraine.

But images circulating on social media show a crater and an overturned trailer, apparently loaded with grain. Another image appears to show a fragment of a missile.

In Washington, a Pentagon spokesman said he was aware of the reports, but had no information to corroborate them.