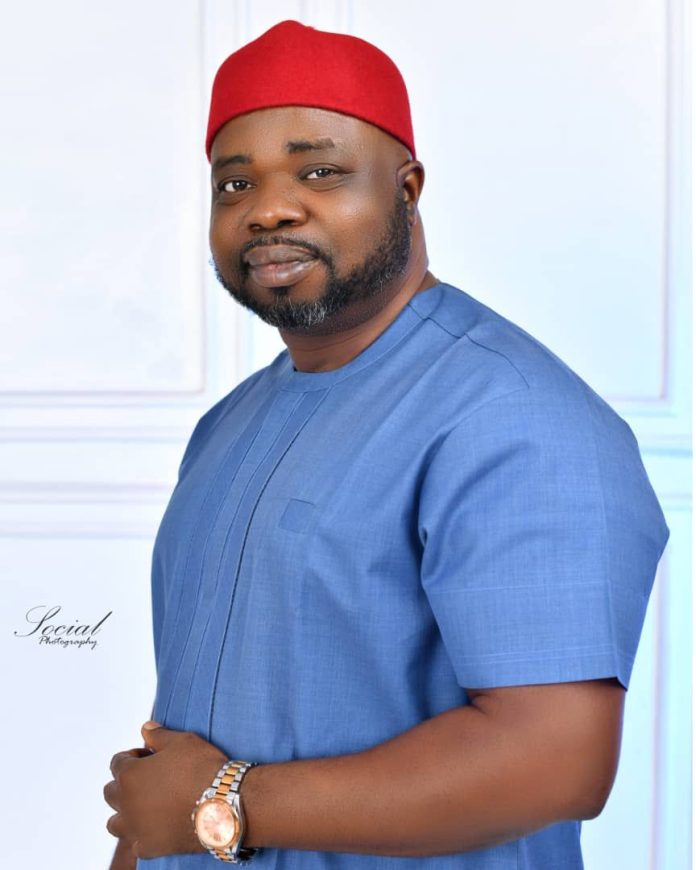 The 2023 All Progressives Congress (APC) House of Assembly Candidate for Ezeagu State constituency in Enugu state, Mr. Austin Okpaku has inaugurated his campaign council, comprising the three political zones of the local government.

He said that his campaign council is a clear compliance to power distribution which he said was the current underlying factor in Ezeagu local government political positions contest.

He noted that whereas capable representatives could be found in the tripod components of Ezeagu local government, equity demands that federating units should eschew suspicion, dominance and provocation, adding that equity in Ezeagu local government area favaours him above any other candidates for the state constituency seat.

In the charter of equity he presented, Okpaku demonstrated that his native Mgbagbu-owa Ward I in Ezeagu Central was the most suited part of the council area to produce the next House of Assembly member.

He urged the people of Ezeagu local government area to keep being steadfast in adherence to equity which he said enthrones justice, security and progress. He said that the job of a state legislator was not a rocket science affair but a continuation on the democratic developments and ethos already established in Nigeria since the 1999 experience of democratic governance.

Okpaku charged his opponents, both in the ruling Peoples Democratic Party (PDP) and other political parties to surrender to fairness and accept the peoples verdict which produced the present representatives from the local government area.

“Since equity demands that it is the turn of Ezeagu central to produce the 2023 House of Assembly member, Mgbagbu-Owa ward I should be considered first because it has not produced even a party chairman, council chairman or House of Assembly member since 1999 and these three posts are exclusive to Ezeagu local government council members to apportion to themselves. Mgbagbu-Owa ward I has that micro-zoning benefit in the general Ezeagu Confederacy because it has not produced even a leader of the local government legislative council.

“All political and traditional leaders, the masses are not happy that Chima Obieze of the PDP who is a product of zoning is repudiating on the entrenched zoning arrangement in Ezeagu local government simply because of selfishness, greed and avarice, but the Ezeagu people will cast the votes wisely on the election date,” Okpaku said.

Unveiling his manifesto at the campaign team inauguration, on Tuesday, Okpaku said it was his desire to represent Ezeagu people at the House of Assembly because he was an embodiment of true ‘Ezeagu Spirit’ of selflessness, responsibility, fairness, courage, hard work and commitment to Social Justice.

“I will leave no stone unturned to enhance the growth and development of the state Constituency, pay Special attention to Education, Youth and Women Empowerment, Infrastructure and community Development,” he pledged.

He promised to sponsor relevant Bills and Motions that will impact positively on the people of Ezeagu state Constituency, Enugu state and by oversight in Nigeria. He said he was an activist for gainful employment, poverty reduction, Small-Scale business concerns that will utilize the manpower in Ezeagu LGA.

He promised to encourage Agriculture as the mainstay of Ezeagu, support Farmers and will ensure that Ezeagu farmers get their fare share of available resources and opportunities.

“Arts, Culture, Music and Capacity – building initiatives will be supported and promoted to empower our artisans, artists, and other creative minds, Institutions and Activities. Prudent utilization of Constituency Funds for genuine, people – focused, transparent and verifiable projects and programs. In all, I promise to be accessible, make Ezeagu people proud, and represent you honestly and respectfully, to the best of my abilities. I count on your full support and prayers,” Okpaku pledged.