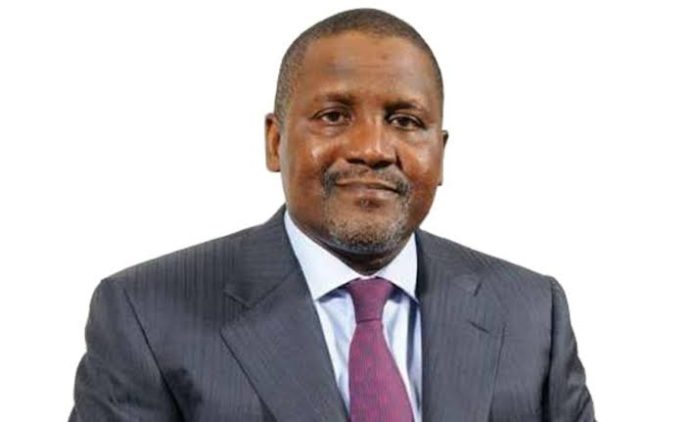 Nigeria and Africa’s richest man, Aliko Dangote, has demanded that all dealers of foreign textile materials should be arrested by the Federal Government with no option of fine.
Dangote reportedly said this as he spoke at the 50th Annual General Meeting of the Manufacturers Association of Nigeria in his lecture titled ‘Agenda Setting for Industrializing Nigeria in the Next Decade’.

He added that it had become important for the National Assembly to pass a law that would penalise the sale of banned textiles by imprisoning culprits without an option of fine.

The business magnate also said that if the textile industry is to grow, there needs to be enforcement of the laws to not only dissuade importation of foreign materials, but stop it completely adding that when an economy becomes prosperous, insecurity would as a result drop.

Dangote said, “For the textile industry, I believe the government should draft legislation in the National Assembly that states that anyone selling prohibited foreign textiles must face prison term without the option of a fine. So it’ll just be going to jail, even if it’s only for two years.

“The real issue in the textile industry is not a lack of less expensive power. The textile will not last if you give them cheaper power but allow the smuggling to continue.

“What is happening is that foreign companies are dumping their products in Nigeria. That is why I dislike importing. When you import, you are importing poverty while exporting prosperity and job opportunities.

“Today people would be sent to jail in India for selling foreign textiles anywhere. Also, if something is banned in the United States of America for example, there is no way it could be displayed for sale in a shop.

“But what is stopping the implementation of Nigeria’s government policies is the absence of the political will to make sure that we implement those policies no matter who is going to be upset by us.

“If we have a prosperous environment the insecurity will drop.”

Recall that in 2019, The Central Bank of Nigeria placed access to foreign exchange for all forms of textile materials on the FOREX restriction list to revive the industry, a step that has had almost no effect as the National Bureau of Statistics recorded in its trade report that textiles and textile articles increased by 257.9 per cent in the first three months of 2021 to N171.8bn from N48bn in 2020.