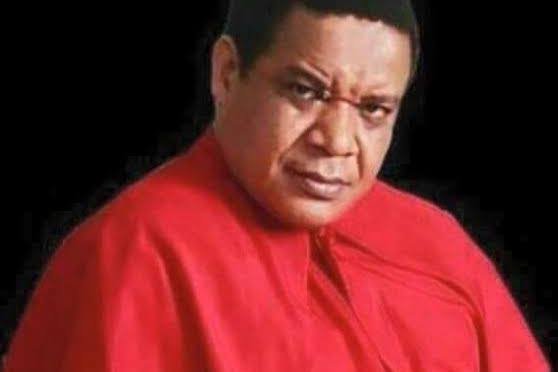 As campaigns for 2023 General elections draws near, the Spiritual Leader of Brotherhood of the Cross and Star,  His Holiness Olumba Olumba Obu has declared that no corrupt politician will win the Presidential election in Nigeria.

He also stated that it will no longer be business as usual in Nigeria as 2023 will be a shocker to “powerful”  politicians.

Obu made the declaration Wednesday, during a press briefing at the international headquarters of his Organization in Calabar.

He has emphatically maintained that no longer shall corrupt politicians win elections in the country.

His words : “One thing is certain, no corrupt politician will be close to the Presidential staff of office.

“Only those with the fear of God, pure in heart and of a humble spirit will win. A God fearing leader will emerge and lead in the fear of God and humility.

“Corrupt leaders will only waste their time in this election as the door has been shut against them.”

“The forthcoming 2023 election will be very crucial to the world as well as for Nigeria as a nation.”

Again, the Brotherhood leader called on
Nigeria to return to her first National Anthem which promotes unity and downplays tribalism and sentimentalism.

He also emphasised that “The country should revert to Calabar as its capital as well as return to the 12-States administrative structure which has been preordained by God Almighty.”

“The 2023 General Election will produce most shocking development in Nigeria. Many will be taken aback by the 2023 election because something that has never happened in the history of Nigeria will happen, and it will shake the so called powerful politicians of Nigeria,” he said.

Speaking further , he called for unity and cautioned against fear, saying Nigerians should not allow the election stir up conflicts amongst them because has already chosen Nigeria’s next president.

“The Holy Spirit is already in charge of the next year’s election because at the end it shall be in tandem with God’s will.

“The 2023 election is not going to be business as usual, neither will it be about the usual electioneering practices, replete with malpractices, vote buying, corruption and rigging. “

He also maintained that only competent, incorrupt candidate will win the presidential election while calling on leaders to drop tribal sentiments and work in unison as Nigeria belongs to all.

Obu urged leaders of the country to work in synergy, ensuring that the election runs smoothly and fairly devoid of electoral malpractices.

“Nigeria is not only for the majority tribes it is also for the minority tribes. None can and should claim sole ownership of Nigeria as Nigeria belongs to God Almighty.

“Nigeria will soon be the center for world peace and when that time eventually comes, she will be an example for the whole world. She will be seen as an epitome for all nations of the world to copy from,” the BCS leader said.