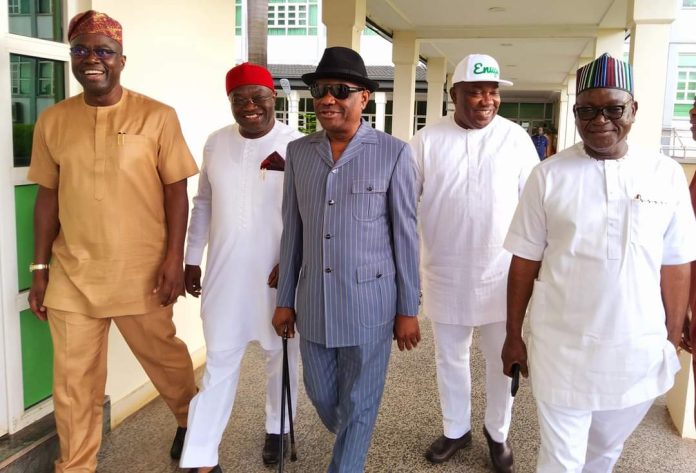 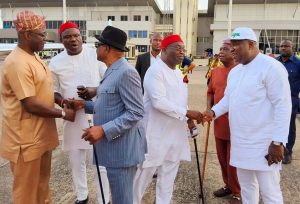 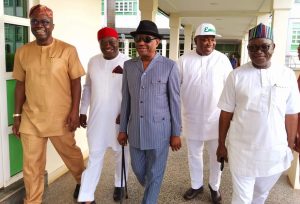 At the end of the meeting which held at the Enugu Government House, the governors refused to speak to the media.

However, sources said the meeting provided an opportunity for the governor’s to consider their options following renewed efforts of the PDP Presidential Candidate Atiku Abubakar and the party to make them see reasons to support the party.

Atiku has also held consultative meeting with PDP stakeholders both in the South East and South West but the problem is yet to be resolved.

After their abscence at the recent inauguration of the Campaign Council, Wike met again with Atiku where he reportedly insisted that Ayu must go as party Chairman.

Wike also hosted Labour Party Presidential Candidate Peter Obi for the second time fueling speculations that he may work together for the Obi Presidency which has been gaining much grounds across the country.