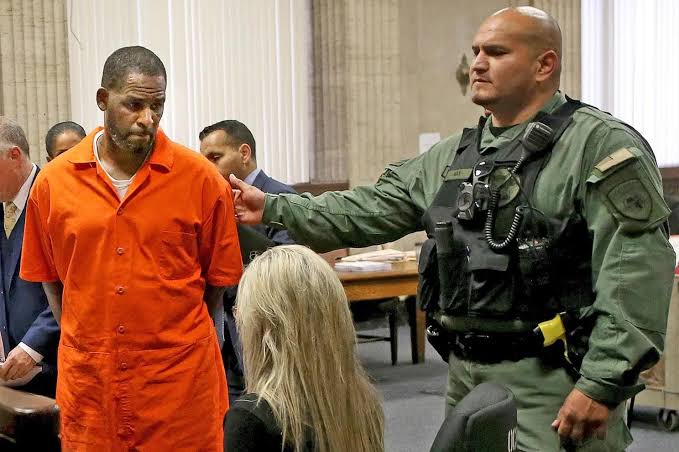 American R&B singer Robert Sylvester Kelly known professionally as R. Kelly, who has been found guilty of sex crimes twice this year has been asked pay at least $300,000 in reparations to some of his victims, a federal judge said.

U.S. District Judge Ann Donnelly, during a hearing in Brooklyn, stated that the money will reimburse two women, going by the names of Jane and Stephanie, for the expense of therapy and herpes treatment.

According to report, once the cost of Stephanie’s prescription has been recalculated by the prosecution, that amount is likely to increase.

Recall that after a jury found Kelly guilty of racketeering and other offenses, Donnelly sentenced Kelly to 30 years in prison in June.

At his sentencing, Kelly was branded “the pied piper of R&B” as he came face to face with several of his victims who detailed his “deplorable and inexplicable” abuse, which took place over decades.

According to the prosecution, the 55-year-old Kelly used his fame and fortune over the course of more than two decades to entice women and minor girls into his orbit for sex.