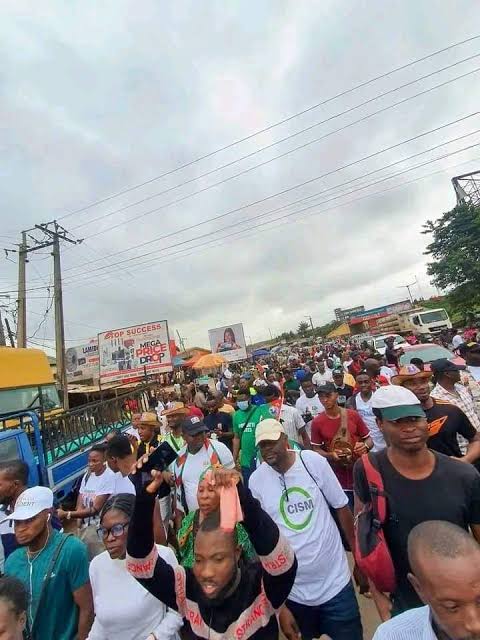 Jos – The Presidential candidate of the Labour Party, LP, Peter Obi has urged Nigerians to trust him, his running mate, Datti Baba-Ahmed and his political party with their votes in 2023 as he promises to use available funds to improve the nation’s security, education, agriculture and the power sectors.

Obi who was in the company of his running mate, party stalwarts and other stakeholders from the Southern/Middle Belt regions particularly assured of using the large landmass in the north to revolutionise agriculture and create employment opportunities for citizens.

The Presidential candidate who addressed his supporters who turned out in their numbers to welcome him in Jos at the unveiling/endorsement of OBI/DATTI by the Southern & Middle belt Alliance stated the country’s resources would be used to work for the good of the citizens.

Addressing the mammoth crowd at the event held at the Rwang Pam Township stadium, he charged the youths in the country not to take the back seat but intensify efforts to get their PVC to ensure they vote for credible candidates in the coming elections as he noted that bad governance and corruption have continued to push the country to the precipice.

According to him, “The Labour Party has a programme for every segment of the country. We would make sure that the available resources in the country are properly harnessed to rejuvenate the economy for the interest of every Nigerian…

“As the campaign begins, they will begin to share money, that is why there is no job, no food, and no security. When we get to power, that must stop. We want to stop hunger in Nigeria; we want to create jobs for the youths; we want to stop people from stealing public money. Please ask them where they got the money they are sharing. It is your money and we want to stop it sharing and put the money to good use.”

Also speaking, Dr Bitrus Pogu, National President of the Middle Belt Forum, noted that Obi and his running mate with their track records have what it takes to salvage the country for the good of all hence many socio-cultural groups in the country have endorsed their candidature, even as he urged the electorate to give them the needed support to win the Presidency in 2023.

The entourage had earlier visited the palace of the Gbong Gwom Jos, Da Jacob Buba to pay homage to the traditional council.