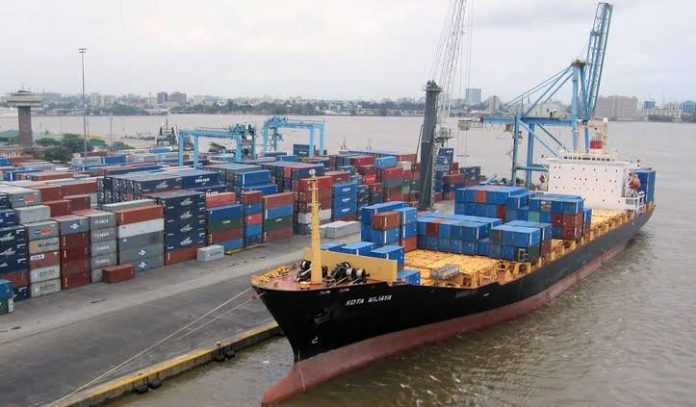 As plans for the commencement of operations at the Lekki Deep Seaport gather momentum, residents have expressed fears over what will become of the area when the port becomes fully operational.

This is even as the Federal Government has provided sovereign guarantees totalling $3.306 billion and N2.72 trillion for infrastructure projects currently going on across the country, including the Lekki Deep Seaport project.

Already, some Baale (community chiefs/leaders) and rich individuals within and around the port areas have started relocating from that axis.

Investigations revealed that some of the Baale that got handsome cash compensation for lands acquired have also relocated, leaving their subjects and less-privileged behind.

A visit to the port by our correspondent showed the port is about 98 per cent completed and test run of the facility has also commenced.

Speaking to newsmen on the development, Mr Olawale Domingo, a resident in Akodo, a community within the port area, confirmed the relocation of some Baale, adding that payments they got from promoters of the port facilitated their movement to more comfortable areas within the Lekki Peninsula.

Domingo also disclosed that siting the port in the area had led to a sharp increase in values of lands and properties in the axis.

He said: “Apart from the port that took a sizeable chunk of the lands from communities, some big conglomerates have acquired lands from within the port areas as well.

“Most of the Baales have relocated; they only come around when there are community issues to be discussed. Some of them now live in better areas of Lekki.”

He explained that though the port had not started operations, residents were already experiencing the movement of heavy duty vehicles, thereby compounding the already bad traffic situation along the roads.

‘Lekki may become another Apapa’

A Baale, who spoke on condition of anonymity, also confirmed that they were compensated by companies operating within the port area, adding, however, that the presence of both the port and manufacturing concerns is bringing development to the area.

Another residence, Funmi Ajayi, who lives around Eleko Beach area of the port city, said though the port had not started, residents were already feeling the pressure of traffic in the area.

Although he said the roads were being expanded, he lamented that it was going at a very slow pace.

He disclosed that tankers were already loading petroleum products by a company called Pinnacle Oil and Gas, disclosing further that Dangote has also completed its own port where fertilizers and other materials are handled.

He said: “The major concern of residents is that what happened in Apapa would be replicated in Lekki, which is a major issue for us residents, but they are expanding the roads as I speak.

“They must expand the roads before the Lekki port even starts operations, but a private oil and gas company has started lifting petroleum products from that axis. There is a tank farm besides the Dangote refinery but it (the product) is not from Dangote Refinery.

“The way the people did it was that they laid big pipes from the high sea to a tank farm besides Dangote refinery. They pump directly from the vessel to their tank farm

“The major concern is the road. Even without the port starting operations, traffic in the area is getting close to that of Apapa. It is a combination of factors. Because of the real estate development in the area, there are trucks carrying sand, cement and other building materials back and forth. There are tankers moving products, so just imagine containers coming to join them.

“The pace of work on the road expansion is not as fast as expected.  The expansion is starting from Lagos, Epe into Eleko. Dangote has a port that is already functional. Vessels come to pick up fertilizers and sometimes drop some materials. There is a Naval Base there and vessels often call there.”