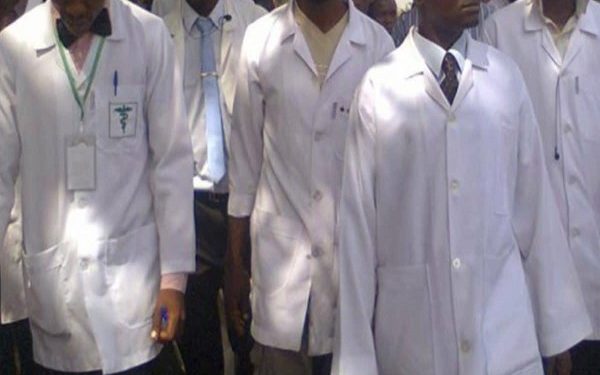 No fewer than 6,068 medical doctors moved to the United Kingdom since the regime of the President, Major General Muhammadu Buhari(retd.), started in 2015.

According to data obtained from the General Medical Council of the United Kingdom, the total number of Nigeria-trained doctors who migrated to the UK as of August 30, 2022 stood at 10,096.

Nigerian doctors who got medical qualifications in schools outside the country are not included in the data.

The data revealed that 233 Nigerian doctors passed the examination to practise in the UK in 2015.

In 2020, the figure was 833 despite the fact that the GMC closed operations during the COVID-19 pandemic.

So far in 2022, the data revealed that 1,107 Nigerian-trained doctors have been licensed to practise.

Presently, Nigeria has the third highest number of foreign doctors working in the UK after India and Pakistan.

In an interview with The PUNCH on Tuesday, the Publicity Secretary of the Nigerian Association of Resident Doctors, Alfa Yusuf, described brain drain as a menace bedevilling the health sector.

Yusuf expressed fear that it may get to a stage where Nigeria will have to be scouting for doctors in the country.

He said, “The only way to solve this is for the government to come up with a policy to address brain drain: good remuneration, hazard allowance paid as and when due and introduction of tax rebate, especially to health care workers.

The President of the Nigeria Medical Association, Uche Ojinma, had, in an earlier interview with The PUNCH, noted that the brain drain being witnessed in the country would worsen the health sector.

The Minister of Health, Ehanire Osagie, had claimed that Nigeria has enough doctors.

Osagie, however, could not be reached for comments as calls and messages sent to him via his known telephone number were unanswered.

Other popular destinations for Nigeria-trained doctors include the United States, Canada, Qatar, Saudi Arabia and Australia.

The ITR pertains to the cost of bringing call traffic into Nigeria, and it was increased from the $0.045 initially presented in December last year as a floor price.

The Commission said the new rate, which would take effect September 1, 2022, was the fixed rate for ITR services.

It added that international operators were mandated to pay local operations in dollars.

This is according to a document on the Determination of Mobile (Voice) International Termination Rate (As Amended) as of August 25, 2022, which is available on the NCC website.

On the reason for backtracking on the floor price to a fixed price, the NCC noted, “While the Determination had set a floor price at $0.045 and gives the MNOs room to negotiate on commercial terms with carriers, there were related indications that MNOs took advantage of this latitude to engage in discriminatory pricing that favours their related international carrier partners to the detriment of the Nigerian transit/IDA operators.

“To check the incidence of such anticompetitive disposition, it was agreed by all parties at the meetings that a fixed rate should be adopted by the Commission, in place of the floor rate which had provided a platform for negotiations with various carriers at a rate above the floor.

“It was further agreed that the present Determination should be amended to include this new fixed rate.”

Those Calling For My Resignation Are Kids, Ayu Bombs Wike’s Camp
Peoples Democratic Party (PDP) National Chairman, Iyorchia Ayu, has said all those calling for his resignation are children that were not around when the party was formed.

The camp of Governor Nyesom Wike of Rivers State has given Ayu’s resignation as one of the conditions that has to be fulfilled to resolve the post-presidential primaries crisis rocking the opposition party.

Former Vice-President Atiku Abubakar had defeated Wike in the presidential primaries of the party. Although Atiku was asked to consider Wike as running mate, he had settled for Governor Ifeanyi Okowa of Delta, to the dismay of the Rivers governor and his supporters.

Wike’s supporters have argued that it is unfair for the party’s chairman and its presidential flagbearer to hail from the same region.

But speaking in an interview with BBC Hausa Service, Ayu said those calling for his resignation were nowhere to be found when they struggled to form the party.

Ayu added that he was not bothered by the call for his resignation.

“I was voted as PDP Chairman for a four-year tenure and I’m yet to complete a year. Atiku’s victory doesn’t affect the Chairman’s position. I won my election based on our party’s constitution.”

“I didn’t commit any offense I’m only reforming the party so I’m not bothered with all the noises. I know I’m doing my work and I didn’t steal any money so I see no reason for all these talks. When we started PDP, these children were not around. They are children who do not know why we formed the party. We will not allow any individual to destabilize our party,” he said.