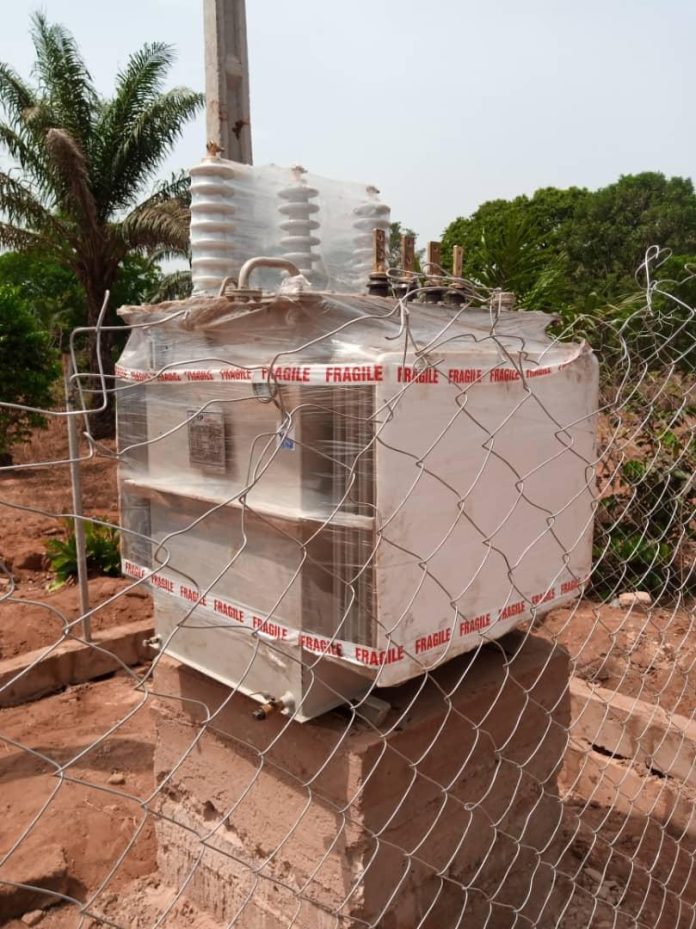 He was among the current crop of Local Government Chairmen elected in few months back.

The former Commissioner who served in the Ministries of Housing, Youth and Sports as well as that of Transport, took the Council by storm. While his colleagues were still savouring their electoral victory, the Igboeze South Council boss had commenced work.

In a very short period after his swearing in his presence was already being felt.
The Local Government Headquarters started wearing new looks.

Leaking roofs were fixed. New and improved infrastructure and office epuipment were brought in to replace outdated and obsolete ones.

A new lease of life and a better working environment was put in place.

The Council and it’s host Community that had been in darkness for years due to bad transformer, had power restored.

Security which has become an issue in the South East, received quick attention. Security vehicles were repaired and put in good shape. Abandoned vehicles were also recovered and made operational.

Within the short period Hon Vitus Okechi attracted a skill acqusition centre to engage the youths and make them more productive.

They therefore, decided to formally write a commendation letter in appreciation to the good works of the new Chairman, Hon Vitus Okechi.

On behalf of the Igboeze South Local Government workers, Hyginus Valentine Udoka, signed the letter to the Chairman.

The letter read in part: “you are the man who came, saw and conquered. You transformed the erstwhile sleeping Ministry of Transport to its enviable position today.

“Precisely, on your inception as the Hon. Commissioner, Ministry of Transport in 2015, you met a ministry that was solely dependent on the government financial support for virtually all its needs.

“All the departments were operating in less expected level and the staffing was not ideal. As at then, the most formidable department was the Vehicle Inspection Officers (VIO), this department which was later divided into two main active units saw to an increase in the revenue generation of the ministry to over 80% from 11% at the inception of your tenure.

“Akin to this, was the Traffic Enforcement Unit that had with its leader a total number of 21 Officers and Men. You recruited a total number of 314 officers, to which Igbo-Eze South LGA sons and daughters were adequately employed and of which we ever remain indebted.You did not stop here.

“You were able to increase the revenue generation of this unit to above 300% and also saw to the procuring of all the necessary approvals from the State Government.

“You created an enabling environment, which gave synergy with other sister organisations like the Federal Road Safety Corps and at a point was able to get the Nigerian Army Provost Corp to train some of the officers.

” A Riders Permit Unit was equally created in the Ministry. This gave way to Security tailored identification mode for all the Keke Riders in the State. This period also saw to the re-organisation, development of all other revenue base of the Ministry and saw to the stoppage of illegal and distortedly collection of transport revenue.

“Some of the areas that were developed and are still being maintained include but not limited to proper issuance of road worthiness, keke ticket, National Union of Road Transport emblem and the setting up of unions that saw to the peaceful existence of the transport sector in the state.

“Hon. Okechi; as already known is a formidable technocrat. You have used your leadership quality and technical-know-how in the creation of the various jobs for the teeming youths in the state through the creation of Enugu State Traffic Enforcement Authority (ESTEA). This is one more laudable achievement of yours which saw the curbing of the traffic menace which Enugu road users were earlier experiencing, in addition to the huge revenue which the traffic defaulters pay into the State IGR.

“While commending you for a job well done in the transport sector which cannot be over emphasized, one is drawn to note also that this great feat was equally replicated in the Youths & Sports as well as the Housing Ministries.

“With your achievements in all the Ministries you presided as a Commissioner, we are not surprised with the achievements already recorded within the short period as Igboeze South Local Government Chairman.

We know you have done extremely well as Commissioner, Ministry of Transport, Youths & Sports and Housing. You have been doing well as the Executive Chairman, Igboeze South LGA, we do acknowledge that and also give you accolade for that, but as Oliver Twist, we will always ask for more, we ask for more empowerment and job creation to our people.

“We are asking because we believe, we also know that you have the capacity, the commitmemt and dedication to serve your people.

“It may not be an easy task in the face of current Economic realities, but ask for your best within the limited resources.