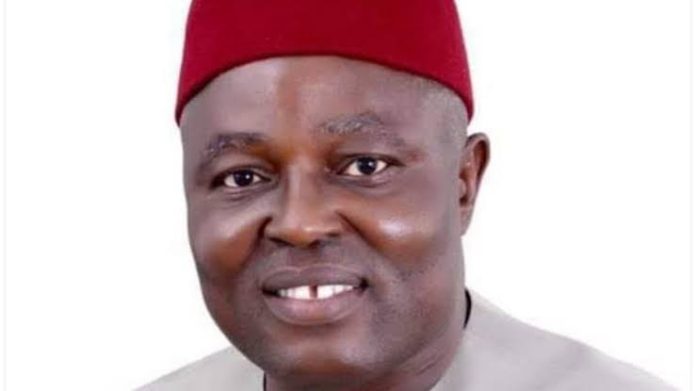 Austin Umahi, younger brother of David Umahi, governor of Ebonyi, has rejected his appointment as secretary of the Revenue Mobilisation Allocation and Fiscal Commission (RMAFC).

According to NAN, he conveyed his decision not to take up the appointment in a statement on Thursday.

He said the appointment is best for “job seekers” and retired civil servants, adding that anyone who is interested in the position should approach the Ebonyi governor.

Umahi said owing to his experience in life, he knows what he is gunning for.

“I am honestly humbled by this show of love but regret to inform you that I declined the appointment,” he was quoted as saying in the statement.

“This is because it is best for job seekers, retired civil servants or anyone who loves the job.

“I am also convinced that at my age and work experience, it is not in doubt that I know what I want in life. Anyone interested in the position should not hesitate to approach our indefatigable governor to do the needful.

“This is because to my knowledge, the position is still vacant.”

The younger Umahi had won the All Progressives Congress (APC) senatorial ticket for Ebonyi south.

He is said to have relinquished the ticket for the Ebonyi governor who lost his bid to be the presidential flag bearer of the party.

However, a rerun of the primary has been fixed for July 31 in line with a federal high court verdict that held that the governor could not hold the ticket.