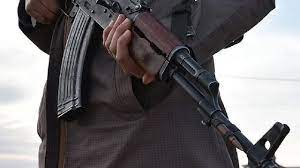 The Nigeria Security and Civil Defence Corps has raised the alarm over a planned attack on the President, Major General Muhammadu Buhari’s (retd.) state, Katsina, as well as Lagos, Federal Capital Territory, among others.

The NSCDC stated that Boko Haram and Islamic State for West Africa Province terrorists, from the intelligence it gathered, have mobilised their fighters and had equipped themselves with dangerous weapons like Anti-aircraft guns, general purpose machine guns, among others, in preparation for the attack on the state which the president of the country hails from.

These were contained in a leaked report addressed to all commands dated July 25 and sighted by our correspondent on Tuesday.

The report titled, “Re: Heightened plots by terrorists to stage coordinated attacks in parts of the country” was signed by the Deputy Commandant General Controller in charge of Operations, DD Mungadi.

It read, “We have received credible intelligence that Boko-Haram and the ISWAP terrorist groups have mobilised fighters and high calibre weapons particularly Rocket-propelled Grenade launchers, Anti-Aircraft guns, and General Purpose Machine Guns which they intend to deploy for the offensive in Katsina State.”

The report also hinted at other attacks by bandits groups in Lagos, Federal Capital Territory, Kaduna, and Zamfara states.

It added that the Commandant General had directed the state Commandants to put up measures to avert the attacks.

“Consequently, the Commandant General has directed you to scale up deployment in all strategic places including Schools, Worship Centres, and Critical National Assets in your respective states, to checkmate any possible threats by these criminal elements. Please treat as urgent,” the report added.

When contacted for reactions, the spokesperson of the NSDC, Shola Odumosu, promised to get back to our correspondent but he was yet to do so at the time of filing this report.

The president’s state has not been spared by the bloodthirsty terrorists who have attacked the state. Recently, his advanced team was attacked, and two policemen were killed.