HomeNewsPort Harcourt-Maiduguri rail: FG to get to Enugu by September
News

Port Harcourt-Maiduguri rail: FG to get to Enugu by September 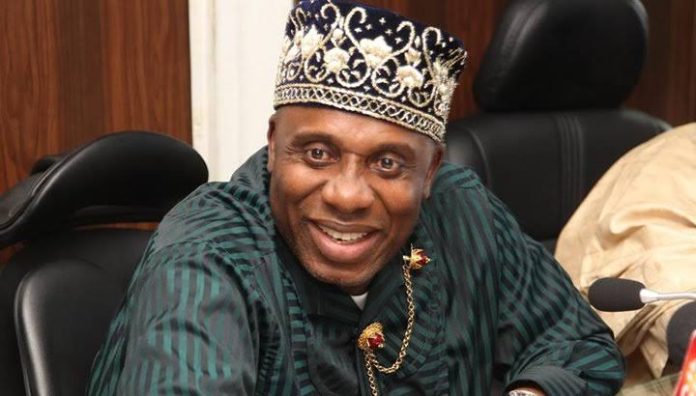 The Minister of Transportation Rotimi Amaechi has said the reconstruction work of the Port Harcourt Maiduguri railway project would get to Enugu state by September.

He also said there was a need to deploy more security personnel to the site to avoid cases of kidnapping.

The Minister also expressed optimism to secure loan from the Chinese to speed up the work.

Amaechi disclosed these in Port Harcourt on Sunday after an inspection of the Port Harcourt-Maiduguri railway project.

He said: “I heard they started work three days ago. The project was inaugurated last year but the project is at the level it is because enough funding was not given to them.

“Now, they have something that can make them go further from where they are. They have some level of funding and I hope that we secure the loan before they exhaust what we currently have.”

“I think we also need to ask them whether they will be able to construct the stations because there are stations that are yet to be approved by the cabinet. We need to go back to the cabinet to ask for those approvals.”

He continued: “I don’t know if we can dare take the cabinet for granted by asking them to commence building while we seek approval but it is risky because the cabinet can turn it down.

“But what we are trying to do in this narrow gauge line is to build the same infrastructure that you have on the standard gauge because you can never tell when you will have a standard gauge on this line.

“Now, when building the standard gauge on this line, if I were still the minister for transportation, I would have asked that whoever is designing should design it in such a way that they use the same stations, that way, you will reduce cost.”

On security, he said: “I think we need more security here than we currently have so that we don’t have any kidnap cases”.

On the coastal rail track (Lagos-Calabar), Amaechi said the contractors were yet to get a mandate letter from the ministry of finance.

He said: “I will give an update when I have met with them again. What I know is that the ministry of finance is yet to give them a mandate letter. When they get the mandate letter, then we can begin to harass them.

Share
Facebook
Twitter
WhatsApp
Linkedin
Previous articleI’m not scared of FG, “I will be back home soon, Igboho
Next article2023: Igbo have cried enough, give us Presidency- Uzodimma, Iwuanyanwu, others