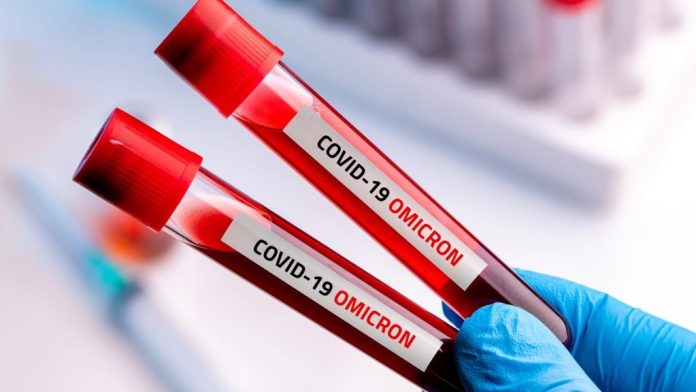 Federal and Lagos State governments on Tuesday got tougher with the enforcement of their directives on compulsory COVID-19 vaccination.

The central government, which on December 1 disallowed unvaccinated civil servants from accessing their offices, on Tuesday barred visitors that were not vaccinated from government buildings in Abuja.

On its part, the Lagos State Government stated that all attendees of social events in the state must present their vaccination cards.

The Presidential Steering Committee on COVID-19 led by the Secretary to the Government of the Federation, Boss Mustapha, had in October said civil servants without proof of vaccination and negative coronavirus tests would not be allowed to enter their offices as from December 1, 2021. On Wednesday last week, security agents started barring unvaccinated civil servants from government buildings.

On Tuesday, the Federal Government went a step further in enforcing its compulsory vaccination order when it stopped contractors, journalists and other regular visitors from entering various ministries in the Federal Capital Territory. Responding to a question on whether the restriction of unvaccinated workers ought to be extended to journalists and others, the Head of Technical Secretariat, Presidential Steering Committee on COVID-19, Mukhtar Muhammad, simply said, “it is not out of order.”

Over 10 federal ministries are located in the Federal Secretariat complex and the Office of the Civil Service of the Federation.

Three of our correspondents were denied access to various ministries for failing to present vaccination cards.

One of our correspondents was informed by an unnamed security guard that the move had become necessary because civil servants could pose as visitors and gain access.

A reporter who was going to cover an event at the Ministry of Communications and Digital Economy, showed the security man his identity card, stating that he is a journalist, and was there to cover an event but he was not allowed to access the building around 11 am on Tuesday.

“The only thing I want to see is your vaccine card, not an ID card,” he said.

He further directed our reporter and others without the COVID-19 vaccination card to a tent opposite the secretariat, where the vaccine was being administered.

It was, however, observed that after 12pm, the security guards left the entrance.

It was observed that both guests and employees of the Federal Ministry of Agriculture and Rural Development were asked to show their vaccination cards before being allowed entry into the FMARD’s building.

Employees of the ministry who had been vaccinated gained entry into the ministry’s building located at Area 11 in the Federal Capital Territory.

The development made guests who had yet to be vaccinated to leave the vicinity, to avoid being denied entry at the entrance of the building.

But human right lawyer, Victor Giwa, said it was wrong of the government to make such a move, adding that medical issues are personal.

He said, “My position is that the issue of the medical status of any individual is personal. Telling anyone to present his or her vaccination card or PCR test is a breach of his own right to private life.”

Attempts to reach the Office of the Head of Service proved abortive as the Spokesperson, Abdulganiyu Aminu, did not pick calls or reply messages.

The governor, who said this on Tuesday in a press statement by the Commissioner for Information, Mr Gbenga Omotoso, said that every attendee of a social gathering must now present their evidence of vaccination.

He said, “Where possible events should be held in an outdoor space. Occupancy limit at any event must not exceed 60 per cent of maximum design capacity of the commission.

“Every attendee of a social gathering must present their vaccination cards or digital bar code page, showing at least first dose but preferably double dose full vaccination. In unvaccinated people, a negative Polymerase Chain Reaction within 72 hours will be an exemption.

Every attendee must be tested irrespective of vaccination status – Sanwo-Olu
“Everybody irrespective of vaccination status must be subject to Rapid Diagnostic test (antigen) to be conducted at the event venue within 24 hours prior to the event at the laboratories listed below. (Request for rapid tests at the venue requires an application through the LSSC).

“Under 18 years of age are unvaccinated and the above applies. Guests and service providers with high temperature (above 37.5) are to be politely turned back and referred to paramedics or the emergency response team on ground.”

Sanwo-Olu added that all-inbound passengers who refused to adhere to COVID-19 protocols would be prosecuted.

“While it is a stringent requirement that all inbound passengers perform a day two test within 48 hours of arrival into the country; and an additional day seven PCR test for all partially or unvaccinated inbound passengers, we cannot stress enough how important the strict adherence to these protocols are.

“These tests are mandatory to assist the state monitor the inflow of positive passengers, which we have identified as a veritable source of our waves and community spread.

“Based on this, we will commence the prosecution of those who refuse to submit themselves for these mandatory tests by blacklisting their passports for a period of one year. This would be carried out in partnership with the Presidential Steering Committee.

Meanwhile, the Nigeria Centre for Disease Control on Tuesday announced the discovery of three additional cases of the Omicron variant in the country.

The agency had on Wednesday detected the first three cases of the variant. With Tuesday’s discovery, the total number of the omicron variant cases in Nigeria stands at six.

Last week, Canada after it said it detected three cases with travel history to Nigeria, banned travellers from the country.

Also, on Saturday the United Kingdom placed a travel ban on Nigeria following the discovery of 21 Omicron cases with travel history to Nigeria.

On Tuesday, the NCDC, in a statement signed by its Director General, Ifedayo Adetifa stated that three additional cases of the variant had been discovered.

He said, “The Nigeria Centre for Disease Control has confirmed three more cases of COVID-19 with the B.1.1.529 SARS-CoV-2 lineage, i.e., the Omicron variant, in Nigeria. In addition to the three cases announced earlier on 1st December 2021, this brings the total number of confirmed cases of the Omicron variant detected in Nigeria to six .”

The NCDC also added that it had been notified by the UK of seven cases of the omicron variant which were linked to passengers from Nigeria.

Why some people develop headaches during s3x –Neurologist