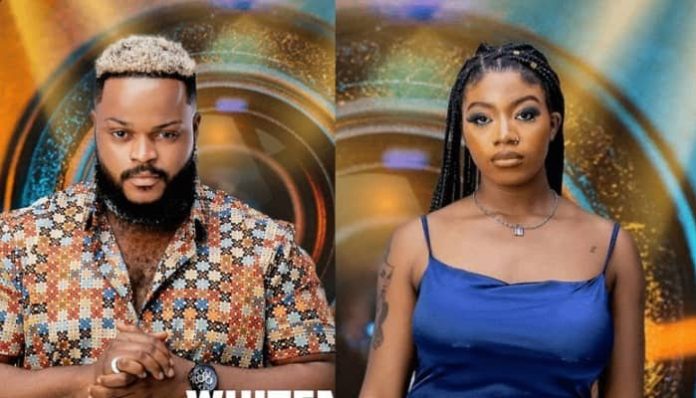 Big Brother Naija Shine Ya Eye housemate, Angel, has stated that Whitemoney is not straightforward because of his relationship with Queen and herself.

She said this to Pere in the white room on Sunday night, as the duo waited for their finalist task to begin.

Recounting the conversation, she said, “We had a conversation last week when she came to talk to me about the whole JMK situation. When Whitemoney was saying that he kissed JMK.

“I said I didn’t know about that but she said she thinks he’s a trustworthy guy. I said ‘I don’t know’ but for me, something about him is just ‘off’. And my intuition is never wrong.”

Pere said, “Same here. I noticed the same thing. That’s why he and I never got along.”

Angel said, “We even clashed today in the garden. I like it when people are straightforward. Don’t lie.”

The 21-year-old writer went on to tell Pere about her conversation with Whitemoney when her love interest, Sammie, was evicted from the show.

“I don’t know what led to the conversation but I asked him, ‘Who do you like romantically?’ and he said, ‘I don’t know but it could be you.’