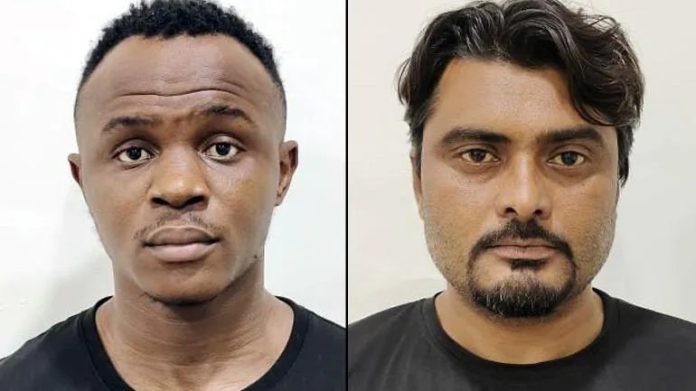 The Delhi Police Special Cell has arrested two members of an international drugs syndicate, recovering a total of 16.65 kg narcotic drugs worth over Rs 30 crores in the process.

One of the accused, Nigerian national Chigozie Foster Okafor alias David, has been living in India illegally. He had arrived in the country in July 2019 on a six-month business visa, according to the police.

However, after the expiry of his visa, David did not return and continued residing in the country illegally. His passport revealed that he had visited Nepal and the United Arab Emirates in the past.

The investigation also revealed that David used to get a supply of heroin from a fellow Delhi-based Nigerian who procured his supply from a Delhi-based Afghan national. Later, he developed his own network.

David also disclosed that many persons from Punjab procured heroin from him in Delhi. They would also send consignments of heroin to other countries, including the UK, Sri Lanka, UAE, Nepal, Bangladesh, South Africa and so on through courier services by using fake identities.

Apart from David, Delhi Police has also arrested another member of the syndicate, Babu Lal, who used to get the supply of heroin from David and further supplied it to small drug traffickers in Punjab and Haryana.

An investigation is currently underway to nab the other accused, said the police.