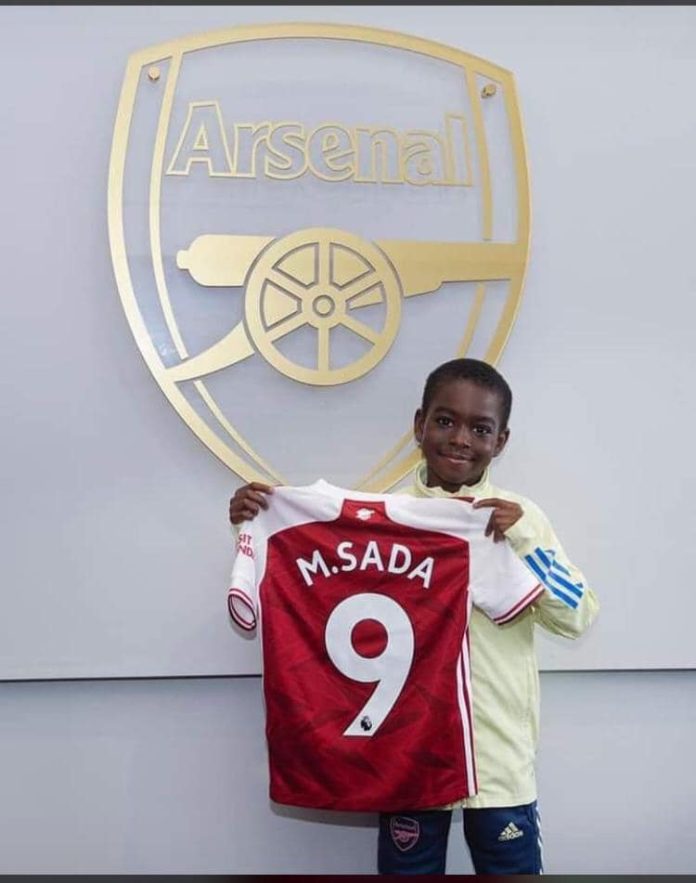 Pictures of the nine-year-old with Arsenal document trended online, with many Nigerians excited about the move.

Sada, who was kitted in an Arsenal jersey, was with two women said to be his parents in the picture.

An Information Officer at Kaduna State Department of Public Affairs, Yunus Abdallah, in a Facebook post said the nine-year-old is an indigene of Zaria, Kaduna State.

“Arsenal FC have signed a nine-year-old Nigerian. Munnir Muhammed Sada an indigene of Zaria Local Government of Kaduna State is expected to be playing for the youth soccer team of Arsenal FC,” he posted.

Sada was said to have always dreamt of being a football legend like Lionel Messi.

However, no official statement has been issued by Arsenal on the Nigerian resumption to its academy.