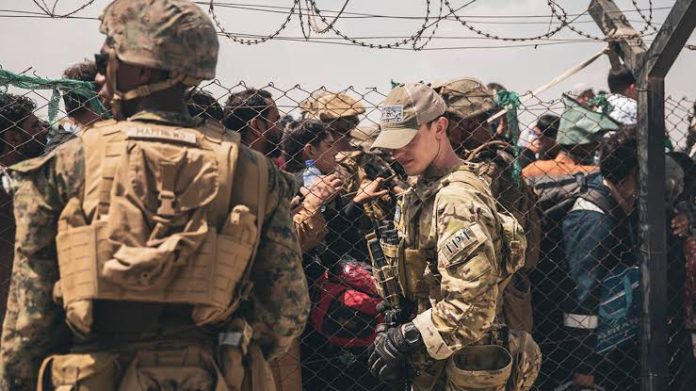 By promising to strike the extremists who killed 13 Americans and dozens of Afghans, President Joe Biden now confronts the reality of finding and targeting them in an unstable country without U.S. military and intelligence teams on the ground and no help from a friendly government in Kabul.

“Initial indications are that we killed the target. We know of no civilian casualties,” Urban said in a statement.

The Pentagon said the airstrike was a retaliation for the deadly Kabul airport attack.

“They advised the president and vice president that another terror attack in Kabul is likely, but that they are taking maximum force protection measures at the Kabul airport,” Psaki said, echoing what the Pentagon has been saying since the bombing Thursday at Kabul airport that pushed the White House deeper into crisis over a chaotic and deadly conclusion to a war that began nearly 20 years ago.

The State Department again urged Americans to stay away from airport gates, including “the New Ministry of Interior gate.”