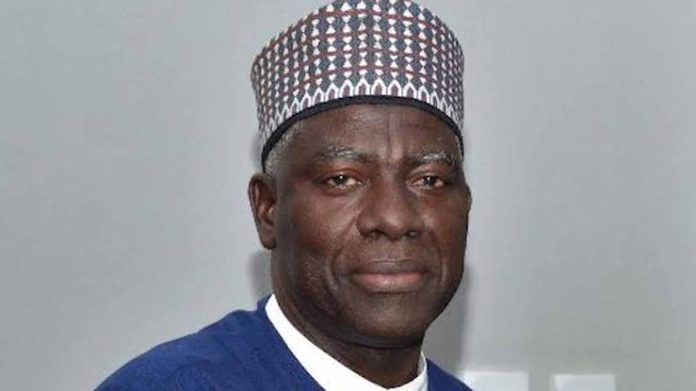 Civil rights advocacy group, Human Rights Writers Association of Nigeria, has lambasted the Department of State Services for allegedly not taking any action against Kaduna-based Islamic cleric who threatened to kill Christians.

The threat is sequel to the murder of 25 Fulani travellers, who were intercepted and killed recently by suspected Irigwe militia in Jos, the Plateau state capital.

In a viral video, the cleric known as Ustaz Abubakar Salihu had over the weekend, threatened to kill Christians in retaliation over the killing by the militiamen.

The Fulani travellers were killed by suspected Irigwe militia at about 10.30 am on August 14, 2021 around the Gada-Biyu-Rukuba Road area in Jos.

The victims were said to be returning from the annual Zikr prayer in Bauchi State and heading for Ikare in Ondo State when they ran into irate youths mourning their kinsmen earlier killed by suspected herdsmen.

“We are not fools and we are not afraid of anyone, there is no one we are afraid of. If nothing is done, we will take the law in our hands because no life is superior to others and I swear compensation must be paid for the lives of the people lost.

“I swear this will not go unpunished, we won’t accept this, action must be taken and if they don’t take action, we will also react in our states. Every infidel should prepare, he will leave the earth if nothing is done about our people that were killed in Jos. I swear we will revenge and you should know that the life of one Muslim is equivalent to 100 infidels. No life is greater than another.”

HURIWA, in a statement on Monday signed by its National Coordinator, Emmanuel Onwubiko, said the DSS should have invited the cleric just as it had in the past interrogated a former Deputy Governor of the Central Bank of Nigeria, Obadiah Mailafia; as well as the Spiritual Director of Adoration Ministry Enugu Nigeria, Rev. Fr. Ejike Mbaka.

The statement was titled, ‘Why Has DSS Not Invited Ustaz Abubakar Salihu Zaria Over Alleged Incitement Against Christians? :-HURIWA Asks DSS’.

It partly read, “The loud silence and apparent inaction of the hierarchy of the State Security Service also known as Department of State Services or the Nigeria Police Force to the unambiguous incitement against Christians made in a recent viral video allegedly by one Ustaz Abubakar Salihu Zaria has been described as discriminatory, illegal and totally indecorous.

HURIWA wondered “whether the security forces including the Nigerian Police were waiting for the threats to be fully executed before it can take any lawful measure to bring the said religious preacher to justice, or to account for his treacherous threats to attack Christians in Northern Nigeria to revenge the killing by yet to be named unknown gunmen of Moslem travellers commuting through Jos.”

“We hereby ask them to invite the said Islamic cleric to say what he knows about a future plot to kill Christians in Northern Nigeria should any Moslem be killed by hoodlums in Plateau State and also find out why he classified Plateau State citizens all of whom have one religion or the other as infidels. These inciting comments and the inaction of either the Nigerian Police Force or the DSS are dangerous,” the group stated.

Efforts to reach DSS spokesman, Peter Afunanya, proved abortive as of the time of filing this report.