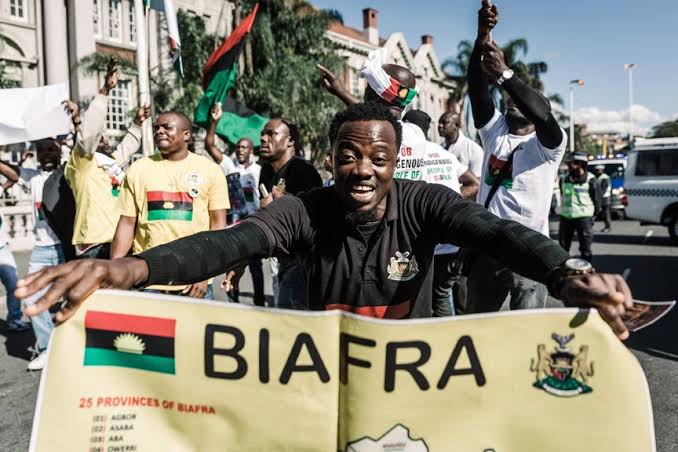 The Indigenous Biafra Warriors has warned that nobody must be molested on Monday insisting that the sit-at-home has been made optional.

Leader of the warriors Comrade Ndubuisi Igwekani, aka Agu Biafra, who spoke on Sunday said, ” yes the sit at home on Mondays as earlier directed had been cancelled but those who still want to observe it can do so on their own.

In an exclusive chat with EverydayNewsngr.net Comrade Igwekani warned that people must be allowed to go about their duties.

He said; “We don’t want any bad news, no molestation, no trouble, don’t force anybody to observe. Allow people to go about their businesses.

“We condemn situations where people are attacked, Vehicles burnt. Not all Igbo’s are members of IPOB, yet many are sympathetic to Nnamdi Kanu. They may not want to sit at home and they should be allowed.

“We call on freedom fighters all over Biafra land not to fall into the traps of detractors who want them to become enemies of the people they claim to protect.

“The order was meant to force the Federal Government to release Nnamdi Kanu unconditionally.

“Sit at home is optional; those who can should observe. Allow the people to work according to their conscience.

“We thank our leaders, brothers and sisters all over the world who are mounting pressure for the release of Nnamdi Kanu.

“We are warning again that Nnamdi Kanu must be produced in Court on October 21 or we shutdown Nigeria.

“There is no how you can hold a man without charging him before a Court of competent jurisdiction.

“Our position is that Nnamdi Kanu cannot stay in the DSS cell beyond October 21st.”

Agu Biafra also demanded that Nnamdi Kanu be granted bail insisting that he never jumped bail before now.
“Nnamdi is not afraid of going to court he is only conscious of using security agencies to end his life.’