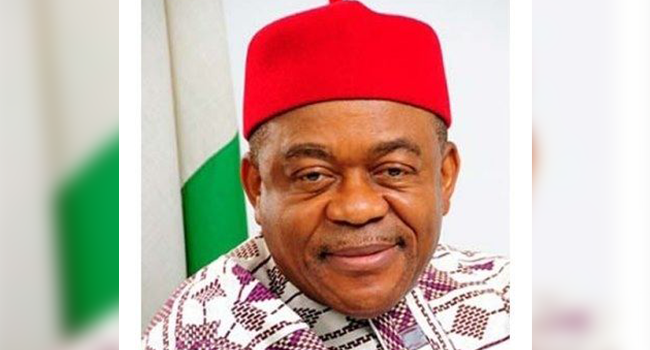 The Senator was reportedly on his way to London when he was picked up by EFCC operatives at the Nnamdi Azikiwe International Airport on Thursday.

According to the EFCC, Orji is being interrogated over corrupt financial dealing while serving as Governor between 2007 and 2015.

The EFCC added that sometime last year, Senator Orji had approached the agency and requested for the release of his travel documents to enable him go to Dubai for medical treatment.

However, the EFCC noted, the serving Senator failed to return the travel document.

The EFCC said it has asked Orji to report at the EFCC headquarters again on Friday for the continuation of his interrogation.

Meanwhile, the lawmaker, currently representing Abia Central Senatorial District at the Senate, has denied being detained.

He claimed that the EFCC officials only accosted him as he was on his way to London for a routine medical check up in London.