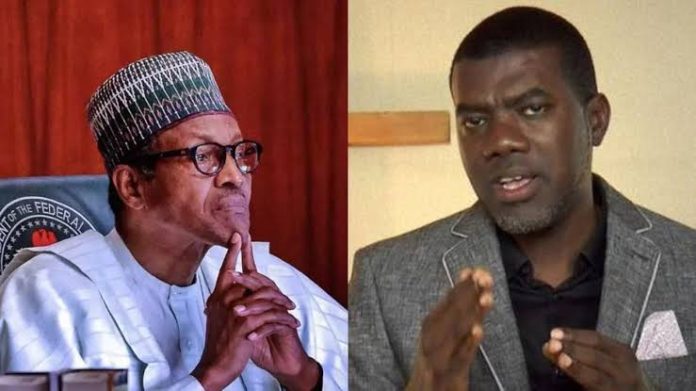 Former spokesperson to ex-President Goodluck Jonathan, Reno Omokri, has reminded President Muhammadu Buhari that Khairullah Khairkhwa, a Taliban prisoner who was rehabilitated by the Barack Obama’s administration, is now one of the Taliban leaders in Afghanistan.

He said this following his earlier warnings to the Nigerian government against the move to reintegrate some surrendered Boko Haram terrorists into the society.

Recall that Army Spokesman Brigadier General Onyema Nwachukwu, had announced that over 1,000 members of Boko Haram and their families have surrendered to the troops, including some key leaders of the dreaded Islamic sect.

The army spokesman added that the surrendered terrorists will be received, processed and passed on to the relevant agencies of Government for further assessment in line with extant provisions.

Omokri warned that, “Khairullah Khairkhwa, a Taliban prisoner rehabilitated and released from Guantanamo Bay by Obama is now one of the leaders of the Taliban in Afghanistan. I hope those of you who insult me for cautioning Buhari against releasing repentant Boko Haramists are watching.”

Recall that Afghanistan was plunged into turmoil after the Taliban took over the country, invaded Kabul, the nation’s capital and occupied the Presidency.

This happened after the United States of America pulled out its military after spending about two decades in the war ravaged country.

And the former presidential aide added “One tweet from Trump would have scared the Taliban more than any military armada Biden could have put together.

“It’s all about perception. Even dogs bite if they sense weakness. Biden lacks the alpha personality and clout to instil a healthy fear in America’s enemies.”