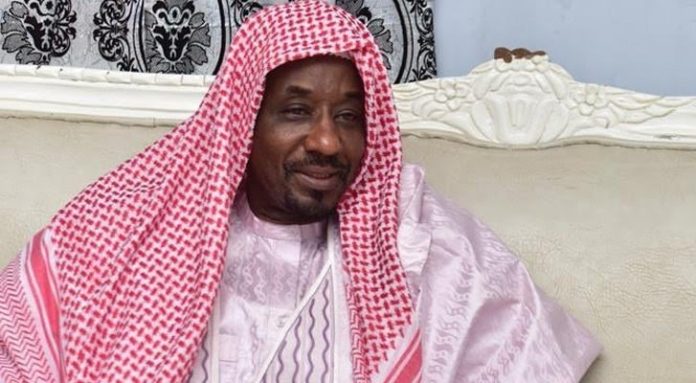 Former Governor of the Central Bank of Nigeria, Alhaji Sanusi Lamido, said on Saturday that Nigeria had made zero progress since 1981.

Sanusi, who said this in Kaduna at a colloquium to mark his 60th birthday, maintained that the government must make the economy grow for the sake of ordinary Nigerians.

According to him, in the last 40 years, the Nigerian economy hadn’t made any meaningful progress.

The former banker explained that Nigeria’s GDP per capita on purchasing power parity had gone through a cycle where it grew and plummeted to nearly the amount it was 40 years ago.

“Between 2014 and 2029, on the basis of this index of the purchasing power of the average income of an average Nigerian, we have wiped out all the progress made in 35 years. We have a responsibility as a people to rise and improve the lives of the people of this country.”

Sanusi also added that there was no ignoring the facts that “things” were not working well in the country today, adding that “when you are in a society that is so abnormal, you cannot afford to be a conformist because you all conform, things will not change.”

The renowned economists also argued that fuel subsidy was unsustainable in the country, adding that had fuel subsidy been removed 10 years ago, Nigerians would not have felt less pain than if it was eventually removed today.

He said, “Many years ago when I was screaming about the billions being spent on fuel subsidies, I remember there was an attempt to attack my house in Kano. Then I was in the CBN. Where are we today? We are face to face with the reality that fuel subsidy is unsustainable. Now when the decision is taken, it will be more painful than if they had removed it five or 10 years ago.

“I only speak to the best of my understanding of what I see about the country and I have paid the price, but Nigerians are the ones paying the real price. It is the price you see in increased poverty, it is a price you see in insecurity, in high rates of inflation, in the loss of values of our currency, in the numbers around malnutrition, unemployment, out of school children, maternal mortality and infant mortality.

“Calling me controversial or calling me an enemy or critic will not make those facts go away. So, anywhere we go, we must face these facts. Am I happy about it on my 60th birthday? No. Because, 60 years ago when I was born, the United States government advisory was telling investors that Nigeria has a better economic future than Japan. Today where are we and where is Japan?

“It is not about one or two governments, it is about decades of a people throwing away opportunities and every time we are given a chance to make a change, we go back to the same old things.”

Sanusi stressed that 70 per cent of Nigeria’s challenges are rooted in the nation’s economy.

He noted that Nigeria was like a house on fire that needed all hands on deck to put it out.