Home Politics I am too old to run for PDP chair again – Chief... 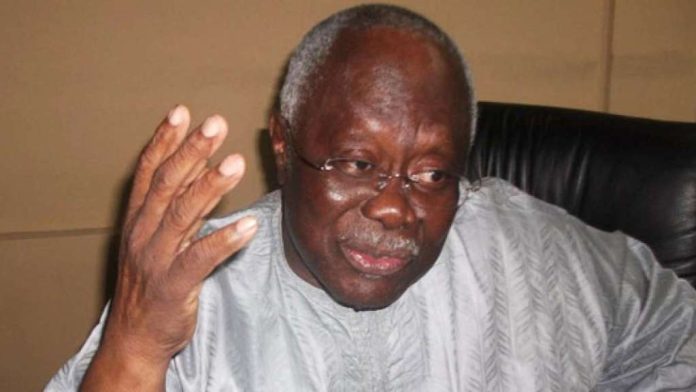 A former Deputy National Chairman of the Peoples Democratic Party, Chief Bode George, has expressed a lack of interest in contesting the party’s national chairmanship, saying the party can opt for zoning or otherwise.

With the first term of incumbent PDP National Chairman, Prince Uche Secondus, soon to end, it is not yet clear if he will show interest in re-election. However, there are some forces within the party battling for and against his re-election.

George, who was an aspirant for the office four years ago, however told our correspondent in an interview that what was most important to him was devolution of power from the central government to federating units.

He said age was no longer on his side for the position of the chairmanship of the party.

The PDP chieftain said, “So much is still at stake until the zoning is done (in the PDP). They may zone it or decide to change (from) zoning, but at my age, I don’t want to start running around. As for the party, anybody they want to put there must be somebody of good standing, not just some ambitious, inconsiderate person.

“We want someone who is knowledgeable, committed and dedicated, with a good track record. That is the kind of fellow the party needs now because a new battle is ahead of us.

George, who argued that Nigeria, as it were, was not working, argued that there was no other solution than to put the country on a solid pedestal, “rather than this wobbly thing we are patching and trying to manage.”

According to him, when that is done, if the PDP calls a meeting to discuss the zoning issue, then it would be healthy for everyone.