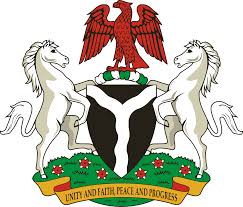 Northern elder and Permanent Secretary in the defunct North Central State, Alhaji Abbas Sambo, has urged the federal and state governments to work towards the restructuring of the country before the 2023 elections.

He specifically wants President Muhammadu Buhari, Senate President, Ahmed Lawal, House of Representatives Speaker, Femi Gbajabiamila, all governors and former presidents of the country to do everything within the ambits of the law to restructure the country as soon as possible as the current presidential system has failed as evident in worsening insecurity.

He spoke to newsmen in Kaduna where he strongly recommended a parliamentary system where the present six geo-political zones would be converted to regions, each with a premier, regional House of Assembly, where there would be a prime minister with a deputy.

To him, the Nigerian union from 1914 has come under very serious disintegration threats championed by people of South East, South South and recently South-West Nigeria.

He said the demand by seperatist agitators “has been for them to do away with the North for its demographic dominance which gave it 19 states against 17 for the whole of southern Nigeria.

“The demand for the breakaway was responsible for Col. Ojukwu’s attempt to create a Biafra State. Although political events show that in a democratic setting, the majority carries the votes, while the minority can have their say, this situation is not acceptable to people of South East, South South and to some extent South Western Nigeria up till today. “We must have an alternative to the presidential system to allow more Nigerians enjoy the dividends of democracy.

“There is, therefore, the need to consider seriously the future of Nigeria. For example, Nigeria’s constitution should be reviewed before 2023 elections and there should be a new structure, the geopolitical zones to be the nucleus, with the six regions each with a premier and a regional House of Assembly.”