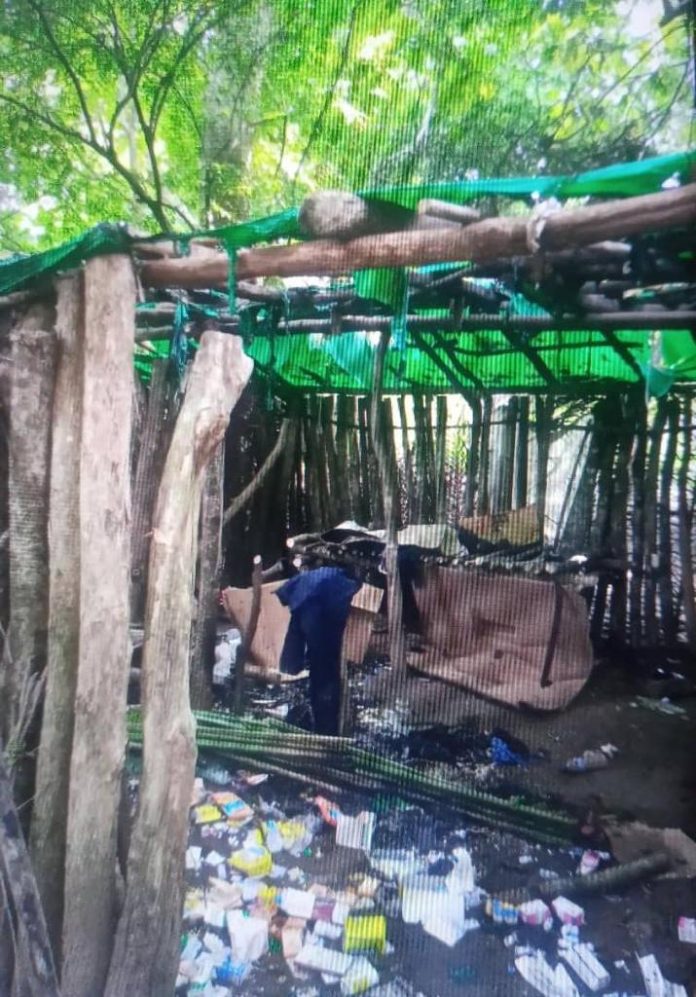 Give it to the Governor of Enugu State, His Excellency Ifeanyi Ugwuanyi; he has put in a lot towards ensuring that Enugu is safe.
This has also cost both time and resources and surely Enugu has remained very safe until recently.
Yes, Enugu was invaded by some gunmen who murdered the peace in the Coal City.
Two prominent Citizens were murdered in quick succession; a police checkpoint was attacked and some policemen and passersby were killed.
There was palpable fear and apprehension.

And it all started one evening when a gang stormed a super market at Onu Asata in 3 Hilux Vans. They carted bags of rice and other food items, gas cylinders among others. It was a strange kind of robbery. The signal was sent but maybe not decoded.

For that gap, the bubble burst and the killings began. The rest they say is history.

As usual the governor went to work. He made consultations and pulled the necessary strings.

It is no longer news that the military went to work and came out victorious dismantling the gunmen from their hideout.

The Governor gets thumbs up for the quick intervention.
Beyond this, EverydayNews reliably gathered that the Governor vehemently stood against an air-raid to flush out the hoodlums from the forests of Amagunze and it’s environs.
The Governor did not want a repeat of what happened in Imo State which reportedly left so many casualties on its trail.
Congratulations your Excellency.

It must, however, be pointed out that the victory against the gunmen in the forests of Amagunze was almost eclipsed by an attack by Fulani herdsmen on a farm settlement in Uzo-Uwani.
People were killed and several others received severe machete cuts.
In a statement, Senator Chuka Utazi representing the area noted that AK-47 wielding herdsmen are littered in Uzo-Uwani.
He called on major stakeholders to rise and tackle the issue once and for all.
This is where’s EverydayNews Telescope believes the Governor should also come in. The issue of herdsmem and farmers has not siezed since the invasion of Nimbo on April 25, 2016.

Your Excellency you have done well on Security. Uzo-Uwani is now the major challenge you need to face to complete the circle.