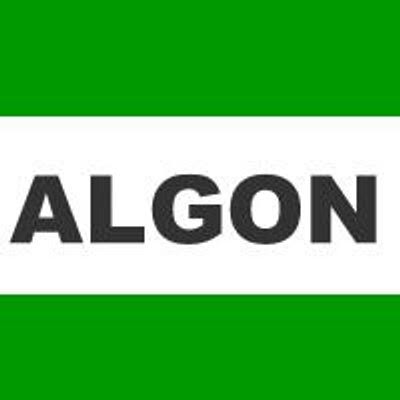 The Association of Local government of Nigeria (ALGON), Ebonyi state Chapter has disassociated itself from the purported petition written by the Former Chairman of Afikpo North Local Government Area, Mr. Ogbonnia OKoh Enyim describing the petition as a figment of his own imagination.

Ebonyi State ALGON noted that due process and proper documentations has always been ensured in their delivery of development oriented projects to the people of the state.

The State Chairman of ALGON, Princess Nkechinyere Iyoku who gave this clarification in a statement she signed noted with dismay what she described as the unfortunate lone cry in the wilderness by the former Local Government Chairman of Afikpo North LGA, Hon. Ogbonnia Oko-Enyim in his petition to EFCC .

It could be recalled that the former Afikpo North local government Chairman, Mr Oko Enyim wrote a petition to EFCC titled, “A CASE OF BREACH OF PUBLIC TRUST, FRAUDULENT CONVERSION OF MONIES MEANT FOR 13 LGAs IN EBONYI STATE, MASSIVE EMBEZZLEMENT OF PUBLIC FUNDS AND STEALING, AGAINST DAVID UMAHI, THE GOVERNOR OF EBONYI STATE AND AUSTIN UMAHI, FORMER PDP NATIONAL VICE CHAIRMAN SOUTH EAST”.

ALGON Chairman maintained that there is a provision of the Constitution that encourage States and Local Government Areas to carryout projects jointly which has constantly been emphasized on every JAC meeting by the Hon. Commissioner for Local Government, Chieftaincy Matters and Rural Development.

According to her; ordinarily, ALGON would have allowed it to purported write up to slide and not bothered to reply to such concocted falsehood fabricated by Mr. OKoh Enyim to dent the image and distract our wonder working and development oriented Governor, David Nweze Umahi and our dear and highly respected former National Vice Chairman of PDP, South East, Deacon Austin Umahi but decided to put the records straight so as to properly guide the general public”.

Princess Iyoku further disclosed that after all the statutory deductions of Staff salary, UBEB Salary and Pensions, Salaries of Traditional Rulers from the allocations of Afikpo North LGA, the Council was constantly on deficit.

The Ebonyi State ALGON Chairman further maintained that all the monthly allocations of the 13 LGAs in the State comes directly from the Federal Government of Nigeria adding that the state Governor has no control whatsoever in the management of monthly allocations.

“All the Council Chairmen in Ebonyi State are members of the Joint Account Committee with the Hon. Commissioner for Local Governments, Chieftaincy Matters and Rural Development as the Chairman”.

She stated that there is a provision of the Constitution that encourage States and Local Government Areas to carryout projects jointly adding that it has always been constantly emphasized on every JAC meeting by the Hon. Commissioner for Local Government, Chieftaincy Matters and Rural Development.

“One therefore wonders where all these allegations by Hon. Ogbonnia Oko-Enyim are coming from”.

” From the inception of Governor Umahi’s administrtion in Ebonyi State, Council Chairmen are strongly advised to ensure prudent management of the allocations and also, to embark on people oriented projects.

” We therefore disassociate ourselves totally with such frivolities, pettiness and infantile petitions of Hon. Ogbonnia Oko-Enyim and urge him to go and make peace with his people because politics is not a do-or-die affair.

The Ebonyi State ALGON Chairman noted that the major catalyst and attribute of every negative and irresponsible human is the possession of a heart of ungratefulness.

“When a man falls from grace to grass, with all his life filled with shame, his only left weapon is to start throwing stones at the Successful and great”.

She described the former Afikpo North Local Government Chairman Mr. Oko Enyim is a perfect example of an ungratefully failed empire seeking whom he may drag down with him adding that having benefited greatly from the State Governor, he ought to have gone silently to hide his face in shame. Ends.