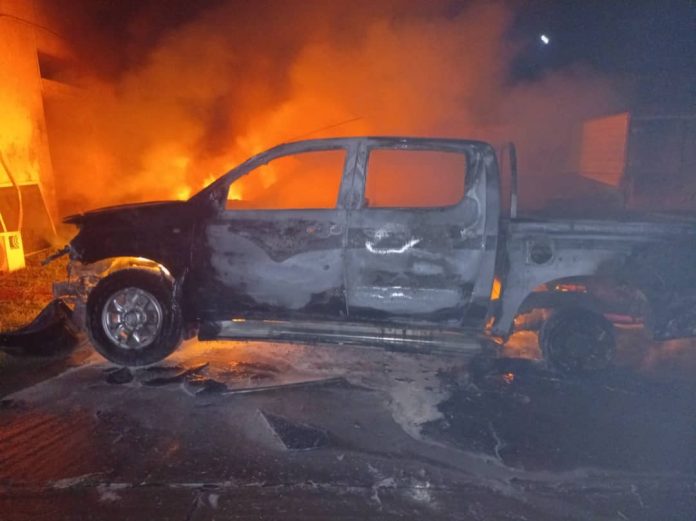 A sixth vehicle which also caught fire was partially rescued by the State Fire service.

Our source said the invaders had set fire on one of the major officees which was put out by the fire service.

It was learnt that a three seater chair in the office and a few minor things were burnt before the fire was stopped.

The hoodlums numbering about seven in number reportedly stormed the INEC office in a small bus.

There was no casualty from the attack just as the timely arrival of the fire service saved the day.

He however said he will speak with the press Monday on the incident.

“We are just meeting; I think I will speak with the press in the morning so we can get our facts right.”

He explained that the hoodlums took the time to put fire on the vehicles one after the other which explains why they burnt beyond repair.