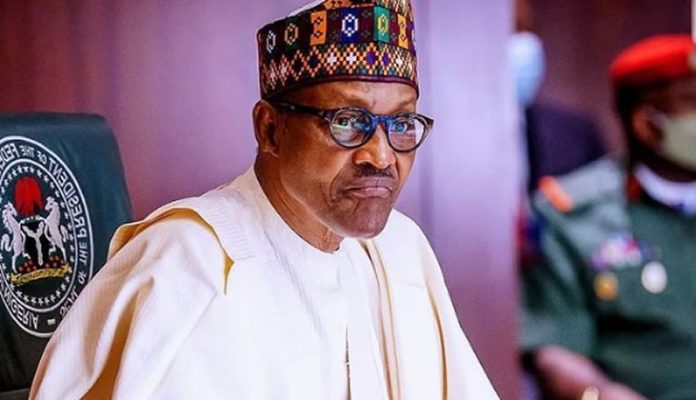 Prominent Nigerians have berated the President, Major General Muhammadu Buhari (retd.) over the growing insecurity in the country.

They spoke at different events across the country.

The President of the Pentecostal Fellowship of Nigeria, Bishop Wale Oke, said the President had failed to secure Nigerians and should be removed if it would bring the desired peace and security to the country.

Oke, who is the Presiding Bishop of The Sword of the Spirit Ministries, Ibadan, the capital of Oyo State, said these in a message he delivered in the early hours of Saturday at a vigil organised by his church.

A statement by the PFN president’s media aide, Mr Kayode Oladeji, quoted the cleric as saying this during a vigil held at the Precious Cornerstone University Garden of Victory, Ibadan.

The university is owned by the church.

With killings going across the country on daily basis while security agencies remain helpless, Oke said Nigeria had become a war-ravaged country.

He said, “The President should be removed if that would pave the way for the desired peace in the country. In the 1960s when Nigeria fought a civil war, the eastern part of the nation was the theatre of war. Sadly today, everywhere in Nigeria is a theatre of war with killings and bloodshed going on in the country every day.

“Some wicked people kidnapped some students and demanded N800m for their release; they killed them. The government did not lift a finger and you are telling me that the President has not failed. Buhari has failed. For the first time, I have found myself praying that God should remove Buhari.

“They kidnapped students without the government doing anything and you are telling me that the government has not failed. Are you saying we cannot move against an incompetent government whose security apparatus has collapsed?”

The cleric accused the Buhari regime  of treating killer herdsmen,  with kid gloves.

He said the Fulani people who were less than 10 per cent of the population of the country were being fingered in most of the killings across the country and the President did not do anything about it.

The bishop further said, “It is  a shame that government could not protect those in  Internally Displaced Persons camps which led to the massacre of a number of them in Benue State. The Presidency is now attacking Governor (Samuel) Ortom who was weeping over his people that were slaughtered.

Nigerians dying, our leaders’ statements saying nothing to us – Kukah

The Catholic Bishop of Sokoto Diocese, Matthew Kukah, on Saturday said Nigerians were dying in the face of hardship and insecurity, and the silence of the leaders, whom he said had not shown empathy for the plight of the citizens.

Kukah, who made this known while speaking on the topic, ‘We need to exhale,’ at the May 1 edition of The Platform organised the Covenant Christian Centre, lamented that Nigerians no longer get the sense that their leaders understand their pain.

“Empathy is not sympathy; empathy is at the heart of who we are as human beings. That is, it is what makes you go to greet somebody who is dying and you put your hand over their shoulder and you tell them it will be okay. Empathy is the feeling of the sorrow, the pain of the other person – indeed, entering the skin of another person,” the cleric said.

Kukah said that the agony faced by suffering Nigerians had been increased by “just simple statements” from their leaders “that really say nothing to us”.

“It (empathy) does not bring healing immediately, but there is a certain kind of psychological comfort that it brings. A woman who has just lost her husband, for example, you go to her to tell her it is okay, she will nod (her head) but she knows that it is not okay. But, at least, if you tell her as a priest it is okay, she knows that somebody feels her pain.

“And the point I am making on the issue of Nigerians dying, the government has come up very short and this is what is increasing the pain, the agony, the sorrow of people, that we are dying alone, burying our people alone and all we get are just simple statements that really say nothing to us. I want to end by saying the lack of empathy and the deployment of empathy has consequences.”

Meanwhile, the Pastor-in-Charge, Trinity House Church, Ituah Ighodalo, has criticised Buhari for his alleged lack of interest or concern despite the mounting insecurity in the country.

Ighodalo, who spoke at Press Conference on the State of the Nation organised by the Africa Leadership Group, in conjunction with the Nigeria Leadership Series in Lagos State on Saturday, expressed bewilderment over the rampant herdsmen killings and kidnappings, saying the buck stopped with the President.

The cleric said, “Let me say it boldly, loud and clear: The problem of insecurity in Nigeria lies on the table of Muhammadu Buhari. If Muhammadu Buhari is ready today to stop all this insecurity, he has the power and ability, and he knows what to do.

He described it as worrisome that despite the human and technological resources available at present, the abduction of schoolgirls was possible without punishment for the perpetrators.

“How can you capture 257 girls and we don’t know where they are? It is not possible in this day and age with technology and everything (we have today). Do you know the amount of effort it takes to move 250 people across a certain place and nobody saw them? And you can’t find them? And they disappeared?

“For the last four years, you had a bunch of security leaders who were disunited, quarrelling among themselves. They couldn’t agree on anything. They couldn’t fight behind one common purpose and a lot of them were just doing whatever they wanted, and the gentleman, Buhari, was looking at them,” he said.

Ighodalo lamented that despite numerous allegations that the recently replaced security chiefs lacked a team spirit and had different agendas, Buhari did nothing about the complaints.

The cleric added, “Now, we have a new set of security leaders. Let us hope that these ones can come together and face this problem. They say this girl, Leah Sharibu, is captured, she’s having babies every year and you can’t find her? What does that mean? What nonsense is that? And you’re telling us that she had babies? Who made that announcement? Where is the person?

“Why don’t we bring him and say, ‘Where is the baby that you saw and where is the girl? We can’t find her, yet we cross our arms and we are looking, because we are not really serious about these things. People go into a village and rape 20 of them, carry the women and children, and we cannot find them. Who does that in this day and age?

“They pick up a man, take him into a forest and cut his head off. Eight of them are filming it. We are seeing them and not one person says, ‘Where are we going to look for these people?’ There was no call for these people. They filmed it, they sent it to us, we saw it, and nobody did anything. How can that happen?”

He also condemned the proliferation of attacks and killings by herdsmen and kidnappers in forests.

The cleric said, “The police know them and know where to find them, but nobody is engaging or crying out. It’s a business; people are making money from this thing. People are selling arms to these people.

According to Ighodalo, Nigerians must no longer grumble. The cleric stated that if they did not change the leadership, the leadership would not change. He urged them to talk to one another to ensure the country becomes better.

Meanwhile, the Ekiti State Governor, Kayode Fayemi, has decried the spate of insecurity in the country saying that Nigerians are living in fear.

Fayemi said the various challenges facing the country speak to the fundamental issue of restructuring and devolution.

‘I don’t know anyone in APC who is committed to public good who is not worried about the situation we have found ourselves in. Nigeria is too big to fail, but Nigeria cannot be managed unitarily.

“Nigeria has to be restructured in such a manner that more responsibility, more revenue and more accountability must issue from the national to lower levels,” he said.

The governor said the nation must do all within its power to ensure that its people are safe through manpower and technology to deal with criminals.

He added, “All these must be done as a short-term goal, as the nation must deal with the long-term goal which is the root cause of our challenges as a nation. It’s good to be tough on crime. But we must also be tough on the root causes of these things we are dealing with.’’

Also speaking, a former Minister of Aviation, Osita Chidoka, called the President, to address Nigerians on  the rising cases of killings across the country.

A former President of the Nigerian Bar Association, Dr Olisa Agbakogba SAN, said Nigeria’s foundational structure was not strong enough and needs to be addressed.

Agbakogba also said though the National Assembly could the process, Nigerians should be involved in constitution making.