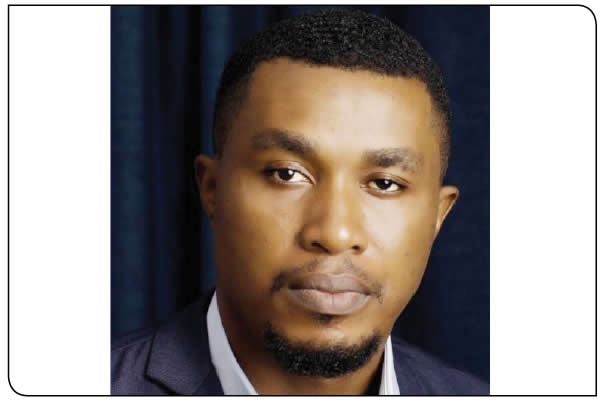 Dr Samson Shonowo, a general practitioner, tells ALEXANDER OKERE about the complications and treatments of cholera, a common but deadly infection

Cholera is an infectious disease which is transmitted through contaminated water and food; it is usually of sudden onset and characterised by passage of loose watery stools, fluids, electrolytes and subsequent dehydration. Despite being easy to treat, it is a disease that can lead to death, especially in children, if not quickly and properly attended to at a medical facility. It is an epidemic.

What are the causes?

Cholera is caused by a bacterium known as vibrio cholerae. It was discovered in 1883. It is common in Asia, Africa and some parts of Latin America. The bacteria thrive in damp, dirty linen, moist earth and in the stools of patients with the disease. Vibrio cholera bacteria live in shallow salty water. They can also exist as colonies that coat the surfaces of the water, plants, shells, stones and similar items and they can also live among the eggs of flies which can also serve as a good reservoir for cholera bacteria. Once inside the human intestine, the toxic strains of the cholera bacteria produce poison that immediately leads to violent passage of loose or watery stools in humans. Once the bacteria enter where humans live, they can quickly lead to a severe epidemic.

What are the risk factors for cholera?

Everyone is susceptible to cholera except infants who got their immunity from their nursing mothers who have previously had cholera. However, certain risk factors can make you more likely to contract the disease or more likely to have severe signs and symptoms. Some of those risk factors are poor sanitary conditions, reduced or non-existent stomach acid, household exposure, Type O blood group, and contaminated food.

Cholera is more likely to thrive in areas where a sanitary environment, including a safe water supply, is difficult to maintain. Such conditions are common in refugee camps, places with public wells, overcrowded areas, and impoverished countries – areas ravaged by war, famine, natural disasters and drought.

Cholera bacteria can’t survive in an acidic environment and ordinary stomach acid often acts as a defense against the infection. So, people with low stomach acid, such as children, older adults or the elderly, people who take antacids, H2 receptor blockers(cimetidine, ranitidine), proton pump inhibitors (omeprazole, rabeprazole) lack this protection, so they are at greater risk of having cholera.

You are at increased risk of coming down with cholera if you live with someone who already has the disease. For reasons that are unclear, people with type O blood group are twice as likely to have cholera as other blood groups. Eating raw or undercooked seafood, especially shellfish, from certain places can expose you to cholera bacteria.

Also consuming raw, unpeeled fruits and vegetables are a frequent source of cholera infection in areas where there is cholera. In developing countries, uncomposted manure fertilisers, irrigation water containing sewage can contaminate produce in the field. In regions where cholera is widespread, grains like rice and millet that are contaminated after cooking and kept at room temperature for several hours can grow cholera bacteria.

There have been reports of infection and deaths caused by cholera across the country, including the reported deaths of 24 persons in Bayelsa State. How prevalent is this infectious disease in Nigeria?

Between 2010 and 2019, the most severe cholera infections occurred in 2014 and 2018, with an annual infection rate of 58 and 22 cases per 100,000 inhabitants, respectively. The reported cases and deaths have increased a great deal since then.

The consumption of sachet water is common among Nigerians with concerns about hygiene. Can this type of packaged water put one at risk of being infected?

Yes, it can. We all know how people and businesses try to make more profit by cutting cost. This leads to a drop in the standard of safety and hygiene. Ideally, water should be properly treated, the workers should be screened for diseases, hygiene should be strictly enforced in water companies and bodies and agencies that are supposed to monitor these sachet water-producing companies should do their jobs thoroughly.

A lot of people eat fruits already peeled or sliced by roadside sellers. Should this be a concern?

Yes, it should. It is obvious that roadside sellers have little or no hygiene. And it is also difficult to ascertain if they have cholera or live with someone who has cholera since they don’t go through the food handlers screening that major restaurant operators go through. Fruits bought from the roadside should be washed with clean water before they are consumed.

Can you explain the basis of diarrhea in cholera disease?

When the cholera bacteria get into the intestine, they release a poison or toxin that causes the cells that line the inside of the intestines to release or secrete more fluids than they are supposed to. This then leads to severe diarrhoea that can cause death in an otherwise healthy adult, if not treated properly and quickly. This type of diarrhoea is known as secretory diarrhoea.

How long does it take someone who has been infected with cholera to start having diarrhoea?

The time between when the cholera bacteria get to the human body and when symptoms, including diarrhoea, develop is from two hours to five days. This period is also known as the incubation period. About one in 10 people who get infected with cholera bacteria will develop severe symptoms.

Apart from diarrhea, are there other symptoms?

The signs and symptoms of cholera-related diseases are watery or loose stools (diarrhoea) which contain patches or flecks of whitish materials. These whitish materials consist of mucus and the cells lining the inside of the intestines. The size of these patches is about that of rice grains, hence the name ‘rice water stools’ and the stool also smells fishy. Although many bacterial infections can cause diarrhoea, the volume of that caused by cholera can be enormous. About 10 to 18 litres of fluid can be passed in the stool of an adult in 24 hours. People go on to develop other symptoms and signs like rapid heart rate, which is as a result of volume depletion through diarrhoea and vomiting.

There is a loss of skin elasticity, which is usually obvious especially on the hands. It gives an appearance similar to that of the hands of a washer man, hence the term ‘washer man’s hands.’ Other symptoms are low blood pressure, dry mouth and mucous membranes, thirst, muscle cramps, restlessness and irritability, especially in children, unusual sleepiness or tiredness. Other signs that may occur, especially with more severe disease, include abdominal pain or cramps, fever, rectal pain, dehydration, severe vomiting, low urine output, weight loss, seizures, shock and death.

Is dehydration during severe diarrhoea and vomiting a serious problem for those infected with cholera?

Yes, it is. Those infected immediately require rehydration to prevent these symptoms from continuing because severe vomiting and diarrhoea indicate that the person is becoming or is already dehydrated and may go on to develop severe cholera. People with severe cholera can develop severe dehydration which can lead to sudden onset of kidney failure, severe electrolyte imbalance and coma.

People who are prone to severe cholera include five per cent to 10 per cent of healthy people who got infected, a population that has been compromised by poor nutrition and a population with a lot of children or elderly.

How long does it take for dehydration to result in the death of an infected person if left untreated?

If untreated, severe dehydration can rapidly lead to shock and death. Severe dehydration can often occur four to eight hours after the first liquid stool, ending with death in about 18 hours to a few days in poorly treated or untreated people. In epidemic outbreaks in developing countries where little or no treatment is available, death or mortality rate can be as high as 50 to 60 per cent.

What are the other complications of cholera?

Cholera can quickly become fatal. In the most severe cases, rapid loss of large amounts of fluids and electrolytes can lead to death within hours. In less extreme conditions, people who don’t receive treatment can die of shock and severe dehydration hours to days after first symptoms of cholera appear. Although shock and dehydration are the worst complications of cholera, other problems such as low blood sugar (hypoglycemia), low potassium levels (hypokalemia) can occur, kidney failure

Dangerously low level of blood sugar or glucose, which is the main energy source of the body, can occur when people become too ill to eat. Children are at the greatest risk of this complication which can lead to seizures, unconsciousness and even death. People with cholera lose large amounts of minerals, including potassium, in their stool. Low levels of potassium interfere with heart and nerve functions and are life-threatening. When the kidneys lose their ability to filter, excess amounts of fluids, electrolytes and waste accumulate in the body, which is also a life-threatening condition. In people with cholera, kidney failure often accompanies shock.

When then should an infected person seek help?

The risk of cholera is slight in developed nations. Even in areas where it exists, you are not likely to become infected if you follow food safety regulations. Still, cases of cholera occur throughout the world. If you develop a case of severe diarrhoea after visiting an area with active cholera, see your doctor. If you have diarrhoea, especially severe diarrhoea, and you think you might have been exposed to cholera, seek medical treatment right away. Severe dehydration is a medical emergency that requires treatment right away.

What will a doctor look out for in an infected person?

Not all cases of cholera infection exhibit symptoms. Although signs and symptoms of severe cholera are unmistakable in places where it is common, the diagnosis can only be confirmed by testing for the bacteria in stool. Rapid cholera district tests enable doctors in remote areas to confirm the diagnosis.

What are the common ways of treating cholera?

Cholera is easy and straightforward to treat. The treatment, however, depends on the level of dehydration, whether it is no dehydration, some dehydration or severe dehydration. Medical agencies worldwide use the same or similar protocols – rehydration with either oral rehydration solutions or intravenous solutions (drips). Antibiotics are reserved for those people with much more severe cholera infection. Examples of antibiotics include tetracycline and ciprofloxacin. Antibiotic sensitivity should be done because different strains of the bacteria respond to different antibiotics.

In what ways can cholera be prevented?

Cholera can be prevented using several methods. Developed countries have an almost zero incidence of cholera because they have widespread water treatment plants, food preparation facilities that usually practise sanitary protocols and most people have access to clean toilets and hand-washing facilities. Although these countries have occasional lapses and gaps in these protocols, they have prevented many disease outbreaks, including cholera.

Individuals can prevent or reduce their risk of getting cholera by thorough hand washing, avoiding areas and people with cholera, drinking clean water or similar safe fluids, and eating clean, well-cooked food. In addition, there are vaccines that help prevent cholera that are 50 to 90 per cent effective. The vaccines are oral because the injectable have been shown not to be effective. The oral vaccine only works for two years. Oral cholera vaccine is available in Nigeria.