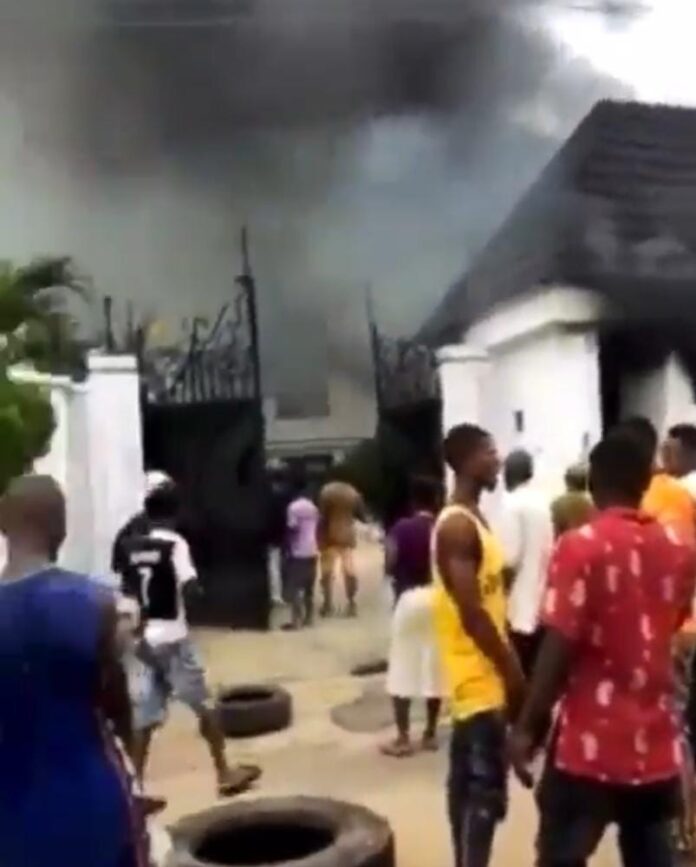 The Imo state governor, Hope Uzodimma‘s house at his hometown in Omuma, Oru East local government area of Imo state has been attacked by unknown hoodlums.

The house which is in his Omuma Country home was attacked on Saturday morning and set ablaze by the invaders who wore an all black attire.

An Imo government source who spoke to EverydayNews confirmed the attack which saw sympathizers, villagers struggling to extinguish the fire.

As of the time of filing this report, many vehicles which were said to be official vehicles were in flames as the suspected lifeless body was lying in front of the governor’s house.
Just as part of the building was also inflame.

This is happening at a time the security in the South East zone has deteriorated with serial attacks on police stations across the states.

All the states in the South East have experienced attacks by the unknown gunmen who have not shown any signs of applying the breaks.

The recently formed Ebubeagu has refused to take off or show any sign of effectiveness just as residents of the five states in the zone continue to live in fear.