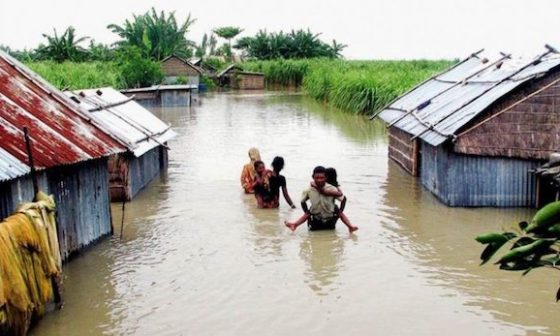 Residents of Awka and environs in Anambra, woke up on Friday to a downpour characterized by violent winds that caused immense damages to public and private property.

According to the News Agency of Nigeria (NAN) scores of buildings, roads and vehicles were affected.

At the Ifite, Nibo-Ukwuorji Awka road, motorists were forced to take other routes to Awka due to the erosion that rendered the road impassable.

At Eke Nibo, an old iroko tree unexpectedly fell, destroying over five cars and seven tricycles while injuring three persons that ran to rescue their tricycles.

Scores of buildings had their fences affected making residents afraid of subsequent rainfalls ahead.

Mr Obadiah Nwobu, a surveyor, called for caution from builders that were into high-rise buildings to do a good job.

“It calls for adhering to specification when building such to avoid colossal loss of lives and property.

“With the way fences are caving in, it behooves civil engineers to avoid the practice of cutting corners,” he said.

NAN has it that some rooftops were blown off, while some farmlands were also submerged.