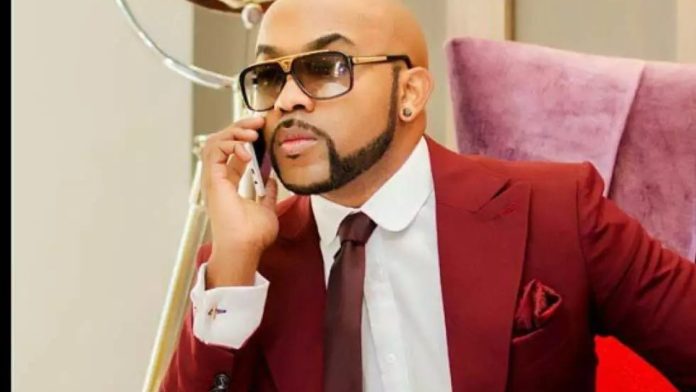 The entertainer spoke during the second part of an episode of The Waterbrook series titled ‘Final Say Faith’.

The 40-year-old movie star noted that they had started touring saloons and barbershops in his neighborhood.

According to him, they sold CDs from the trunk of their car after creating a record label from the comfort of his dormitory room.

“When I was moving, I was in Yankee. I felt a leaning that I have to come back to do this music thing. I spoke to my best friend Tunde. It took us back to when we first started music. We didn’t have connections or money,” he said.

“We started a record label in my dorm room. The label was not worth the piece of paper that we used to register it. Myself, Tunde, and Tini, the three of us said, ‘nobody will come and save us in this dorm room.’

“We recorded the music and went to every hair salon, and barbershop in the neighborhood and begged the owners to allow us to sing for their customers. Sometimes, they would throw us out. Other times they allowed us.

“I would tell them we had CDs for sale in the trunk of our car. That’s how EME that has done endorsement deals signed artistes, being a stepping stone. That what led me to what we’ve done in music, movies, food.”

Banky W said it was in the process that they hit their luck with EME, a record label he said was a stepping stone.

The entertainer also stressed the need for people to take advantage of opportunities in time and use all “arrows” in one’s arsenal.

“I’m in the food business now. Even though it wasn’t in line with purpose, if I didn’t do that then, I won’t be here. Use every arrow. The opportunity of a lifetime must be used within the lifetime of that opportunity,” he added.

“Opportunities don’t last forever. Mike Edwards from Big Brother is my friend, we’ve worked together. Sometimes you see Mike doing his workout. He has muscles in places I didn’t know muscles existed.

“When I was young, I probably had the same potential to be an athlete. I’m 40 years old now. That opportunity is gone. There’s nothing I can do to compete with Mike. Opportunities have a window, a lifetime.”