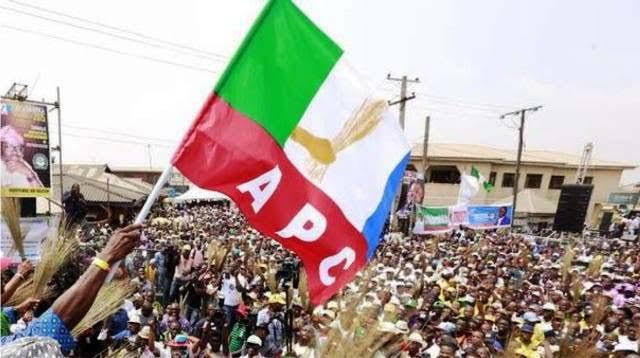 Three people were injured during a fracas that broke out at the meeting of the All Progressives Congress of Ife East Central Local Council Development Area, Modakeke, on Friday.

The meeting held at St. Stephen Grammar School, Modakeke was said to have ended abruptly when the APC chairman for the LCDA, Taiwo Olalonkun, asked members to react to the allegations that Special Adviser to Osun governor on Science and Innovation, Ismail Akande, changed the list of candidates selected for community policing work from the town.

One of those injured was said to be a personal assistant to Akande, who reportedly dismissed allegations against his boss when the matter was raised at the meeting.

Sunday PUNCH learnt that eight people were initially selected for a community policing job in the town.

Speaking on the matter, Olanlokun accused Akande of replacing those who were nominated for the community policing job by many groups in the town with his cronies.

Although he admitted that there was a fight when the matter was raised at the meeting, he however kept silent on the number of people injured.

Olanlokun said, “It is not true that six party members were injured during the meeting. We were at our local executive meeting on Friday. At a point during the meeting, our members asked our representative, Kareem Ismail, about recruitment into the community policing initiative. We got eight slots in the community and the candidates were nominated by the Modakeke community. But when the list was eventually released, none of those listed by the community was selected.

“They only picked five people who were not on the list produced by the community. Those selected don’t even know anything about security. People in the town alleged that our party cheated them. We did our investigations and we discovered that Akande changed the list.

“Some of our members during the meeting asked the Personal Assistant to Akande, the reason those listed by the community were replaced by his boss, but his response infuriated our members the more and a fight broke out.”

When contacted, Akande said three people including his Personal Assistant were seriously injured during the fight. He denied changing the list submitted by the community, adding that he was told to draw a list of five people which he did.

Akande stated, “This is not the first time that such a thing will happen to me. In June 2020, we were organising a programme, these people sent hoodlums to the venue of the programme. They disrupted the programme and destroyed the party’s flag. Yesterday (Friday) my PA was brutally attacked during a meeting. A month ago, I was called and told to submit five names for community policing officers which I did. The names I submitted were indigenes of Modakeke. I never knew that some names were already submitted. They were only hiding under that to cause trouble in the community. I did not change the names submitted by the community.”