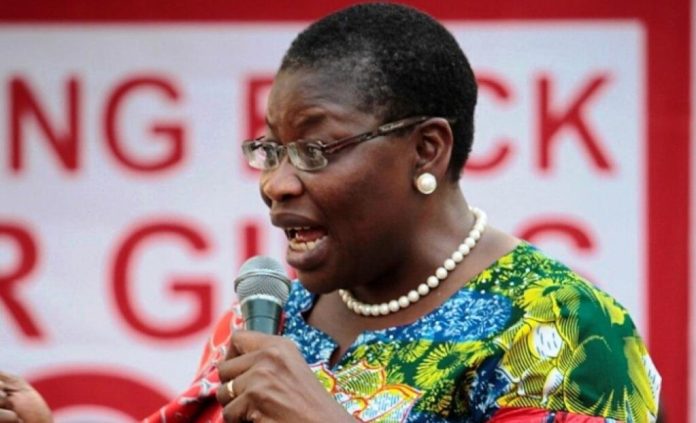 A former aide to ex-President Goodluck Jonathan, Reno Omokri, has appealed to former Minister of Education, Oby Ezekwesili, to withdraw a petition she wrote to the Inspector General of Police, Usman Baba, demanding the prosecution of blogger and social media influencer, Japheth Omojuwa, for alleged fraud.

The ex-presidential aide said though Omojuwa had labeled him a “useless thing” in the past, it was his prayer that God would help him overcome his current challenges.

“I also appeal to Pastor Obiageli Oby Ezekwesili, to find it within her herself to show you (Omojuwa) the love of God, and forgive you, as well as withdraw her petition to the Inspector General of the Nigerian police calling for your prosecution.

“I urge Dr. Ezekwesili’s to bear 1 Corinthians 6:7 in mind. Scripture enjoins believers not to go to court against other believers, even if it means we will suffer wrong. God is the ultimate Judge. Leave it to Him to avenge you. Do not destroy the young man. May God bless you both,” Omokri wrote.

The PUNCH had earlier reported that Ezekwesili’s petition titled, ‘Petition Against Mr Japheth Omojuwa for Forgery, Fraudulent Misrepresentation and Fraudulent Use of the Name, Identity and Particulars of Mrs. Obiageli Ezekwesili as a Director of Alpha Reach Limited RC No: 1066507’ is dated April 14, 2021 but was received at the Force Headquarters on April 15.

In the petition, signed by Marshal Abubakar of Falana and Falana chambers, Ezekwesili said Omojuwa fraudulently listed her name as a director in his firm, Alpha Reach Company Limited without her permission, adding that she only got to know of the infraction when she was contacted by American news outlet, Buzzfeed, over a story on Alpha Reach.

Buzzfeed had reported that Alpha Reach ran a social media campaign for the release of alleged fraudster, Alex Saab, who is wanted in the United States. The news medium further reported that Ezekwesili’s name was listed as a director in company documents filed at the Corporate Affairs Commission.

The former minister said Omojuwa didn’t seek her consent before listing her as a director in his company. She also told the IGP that throughout the time she was fraudulently made a director in the company, no notice of meetings, annual returns, accounts or board resolutions were issued to her.

She noted that her name was eventually removed in 2017 but no special notice of proposed removal was ever issued or served on her.

“We submit that the foregoing infractions amount to forgery, fraudulent misrepresentation and egregious breach of extant provisions of the Penal Code Law, the Administration of Criminal Justice Act, 2015 and the Companies and Allied Matters Act deserving of investigation and prosecution,” the petition partly read.