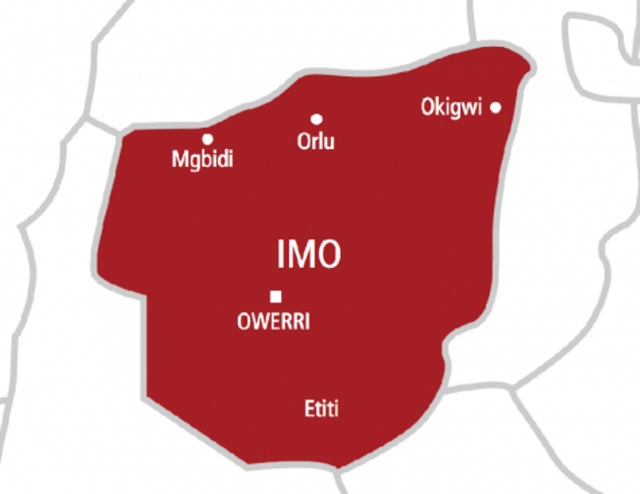 Villagers on Wednesday rescued two kidnap suspects from a mob at Eluokporo, Isuokporo in the Isunjaba community in the Isu Local Government Area of Imo State.

Our correspondent gathered that the suspects were siblings.

A source told newsmen that the suspects were arrested in connection with the kidnap of an old woman, Theresa Anaele, in the village on Tuesday, with the abductors demanding N5m ransom.

The source stated that the victim was coming back from a burial she attended in the nearby Amauju village when she was abducted.

The source said, “The suspects blindfolded her and carried her to a nearby bush in the village.

“It took the intervention of some young girls, who had gone to the bush to gather firewood, to discover the missing woman.”

The girls were said to have sent words across to some youth leaders and elders in the community, who came to rescue the woman on Wednesday.

The source added, “When we discovered that two of the perpetrators hail from here, we went after them and quickly rounded up the two, while their two accomplices from Ebonyi State escaped.

“Upon the arrest of the two guys, more youths gathered with clubs to deal with them, because some strange things have been happening in this village in recent times. That was how the mob started beating them.

“The mob brought the suspects to the village square with many of them clubbing them, while others brought disused tyres and petrol with which to set the suspects ablaze.

“The suspects were, however, rescued from being lynched by the angry mob by some village leaders, who handed them over to the police.”

When contacted, the police spokesperson in the state, Orlando Ikeokwu, said he had not been briefed about the incident.    ,,