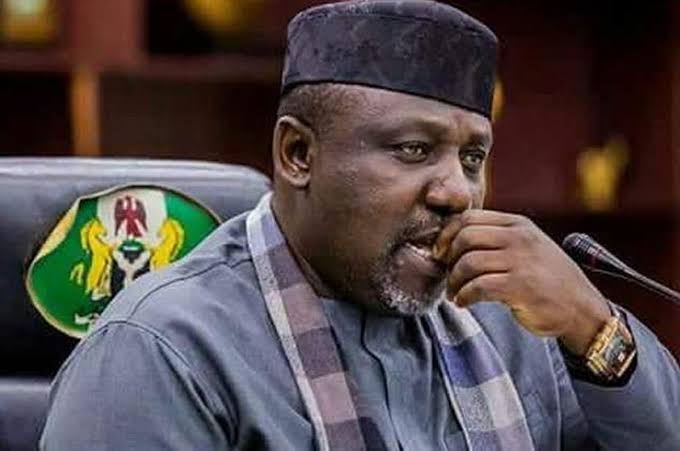 Former Imo State Governor, Owelle Rochas Okorocha, was on Tuesday arrested in Abuja over his alleged misappropriation of the funds of the state to the tune of N7.9 billion.

There has been a running battle between the former governor and the EFCC in recent months following his claims and counterclaims that he did no wrong and that he was being witch-hunted by the EFCC and his successor, Hope Uzodinma.

The commission, which started investigating the former governor even before he left office in 2019, claimed that it traced at least N7.9 billion in different bank accounts to the former governor, now a senator representing the state in the upper chambers of the Nigerian parliament.

The commission also claimed that it had identified many choice property said to be owned by the former governor in different parts of the county and that they would be eventually forfeited to the government.

The former governor, according to EFCC sources, was arrested at his private office in Garki District of Abuja on Tuesday and taken to the EFCC office also in Abuja.

It was learnt that the anti-graft agency might charge the former governor to court immediately in order to make him account for his actions while in office as the Chief Executive officer of the state for eight years.

The Spokesman for the EFCC, Mr Wilson Uwujaren, who confirmed the arrest of the former governor on Tuesday night, however, declined to give details of the matter.

“It is true that our operatives picked up the former governor from his private office in the Garki area of Abuja today but I don’t have the details,” the EFCC Head of Media and Publicity, said.

However, before now, the Head of the Port Harcourt Zone of the EFCC, Imam Usman, had spoken of the tracing of at least N7.9 billion in several Nigerian banks to Sen Okorocha.

Usman said: “Within the period in review, the Commission succeeded in freezing about N7.9billion in different accounts. Out of this, N2.7billion was released to the Imo state government to enable it to pay staff salaries and pensions.

“Also, properties worth billions of Naira recovered in the course of the investigation have been forfeited to the Federal Government.”

“Only last month, N514million was further released to the incumbent administration of the state to enable it to meet its obligations to workers