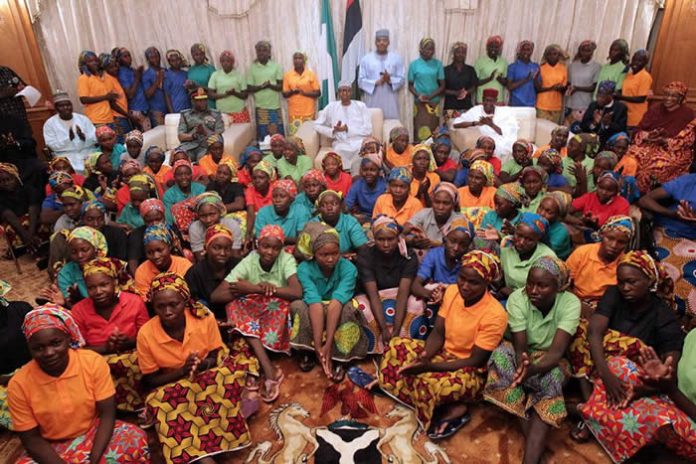 One of the prominent team members of BBOG, Allen Manasseh, made this known while appearing on Arise TV on Wednesday.

The PUNCH reports that the Bring Back Our Girls group has said that over 20 parents of the abducted Chibok girls have died while awaiting the return of their children.

One of the prominent team members of BBOG, Allen Manasseh, made this known while appearing on Arise TV on Wednesday.

He said some of the parents died of renal failure.

Manasseh said, “The level of engagement with the parents should change; there’s no date on the issue of rescue. We have over 20 parents that died already from blood pressure-related complications; renal failure as a result of blood pressure. 20 plus parents died, nothing happened,” Manasseh said.“The level of engagement to the Chibok parents is nothing to write home about. The Chibok girls issue was domiciled in the ministry of women affairs. What authority or administrative function does the minister of women affairs have to do with security, rescue, or anything about the Chibok girls. The ministry can support the Chibok parents in terms of welfare but this issue is more critical and it should be domiciled in at least the office of vice-president. That’s what we asked for.

“It was domiciled in the office of women affairs and nobody knows what’s happening there. Periodically, all that happens is when it’s the commemoration of April 14, some people will be mobilised to go to Chibok with some bags of rice and some change to be given to Chibok parents.”

On April 14, 2014, Boko Haram gunmen seize 276 girls aged between 12 and 17 from the Government Girls Secondary School in the remote town of Chibok in Borno state.

The girls are forced from their dormitories onto trucks and driven into the bush.

Fifty-seven managed to flee in a daring escape.